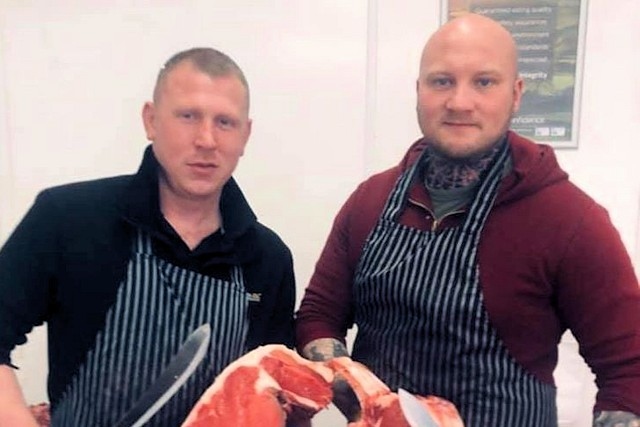 Darren Rushton and Stephen Bamford were shortlisted for the finals earlier this year, alongside more than 80 other Northern businesses.

The awards night had been due to take place in Liverpool, but was moved to London. Unable to attend the final in person, Darren and Stephen received their trophy on Monday (16 August).

Darren said: "This is a massive achievement and it inspires us to push for more and strive to be the best at what we do. We put in a lot of work, not just for customers, but outside too, and it’s nice to be recognised for that.

"A massive thank you to everyone for your support as always.There are too many to mention, all our loyal customers, the excellent staff we have and, of course, our families for putting up with the long hours and hard work we put in."

Town and County Business Champions awards director Damian Cummins said: “This year, more than ever, we have learned to appreciate our local independent businesses. From the local corner shop to barbers, pubs and cafes.

“We wanted to create an awards ceremony that recognised and celebrated the very best of local businesses, from the high streets to those hidden away in the nooks and crannies of towns and villages.”

Darren believes their business was shortlisted for the accolade due to their charity work. Previously they have raised money for CALM to raise awareness of Post-Traumatic Stress Disorder, anxiety and depression in the military community, in addition to supporting local families and soup kitchens with donations of meat and hampers.

Darren and Stephen will once again be raising money for CALM and Springhill Hospice throughout September, by each walking a minimum distance of 20,000 steps per day, totalling 1.2 million steps – or around 580 miles – between them.

Donations can be made at Cryers, or online by messaging the Cryers Facebook page.