You are Here: Home » News » Business News » Multi-award-winning restaurant Nutters to close after 28 years of business 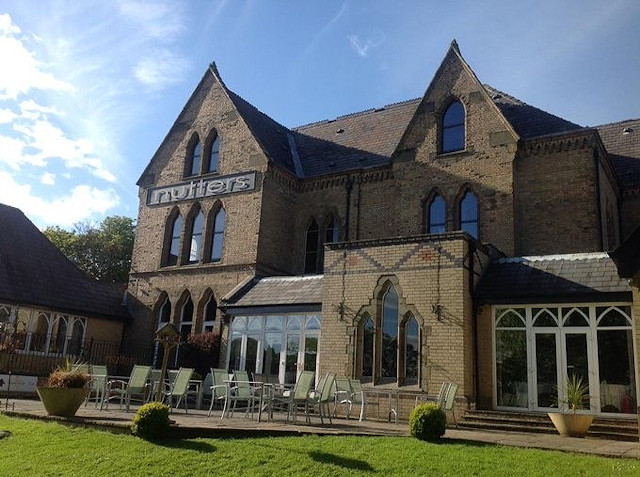 Nutters is closing after 28 years of business

Rochdale’s multi-award-winning restaurant Nutters – the eponymous eatery of celebrity chef Andrew Nutter – is to close on 17 October 2021, after 28 years of business.

A statement from the restaurant on social media says the decision has been 'difficult' to make, but the last two years have been 'extremely challenging' for the industry as a whole.

The statement continues: “We wanted to go out whilst we are still at the top of our game and it had been increasingly difficult to do that in these times.

“We will stop trading on 17 October which I know will be a disappointment to many.

“This has happened very quickly, so please be patient with us as we will be contacting you all individually about your bookings.

“Finally, we want to say a massive thank you to all our customers and staff who have shared this journey with us. It’s been an immense pleasure making memories for you all.”

However, Nutters will be hosting some ‘last supper’ evenings from Tuesday19 October to Saturday 23 October for those who want one last dining experience. The statement says more details will follow.

Mr Nutter’s other restaurant, the Bird at Birtle, will continue to operate as normal and vouchers will be accepted here.

Originally called French Connection, Nutters Restaurant opened on the moors at the former New Inn when Andrew was just 21.

The venture was renamed three years later to tie in with Mr Nutter’s success on television, including his own show, ‘Utter Nutter’, plus regular appearances on ‘Ready, Steady, Cook’ and many other prime time shows.

Aged just 15, Andrew knew he wanted to be a chef after winning a multitude of junior contests. He began an apprenticeship at The Savoy, the opportunity of a lifetime, after catching the eye of famed chef Anton Edelmann.

Mr Nutter then moved to the chateaus of France, where he perfected and developed his signature style before returning to the UK, joining Gary Rhodes and his team in Mayfair.

Andrew then saw opportunity to open a restaurant on the doorstep of his hometown with his family, and Nutters was born.

The restaurant had been featured in the 2020 AA Restaurant Guide 2020 – the only Rochdale eatery to make the guide of over 2,000 restaurants and Britain’s best cuisine – as well as being named one of the best in the region the previous year.