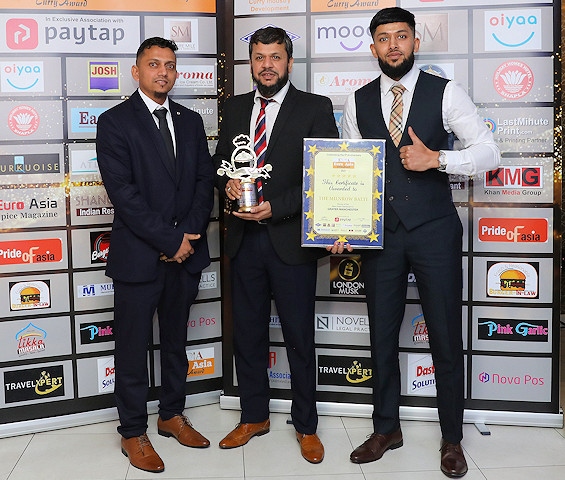 Based on Dale Street in Milnrow, the local restaurant and takeaway and its head chef fought off tough competition to be crowned the best in the region at a ceremony in London on Monday (15 November).

Held at the Mayfair Venue in Romford, the prestigious annual awards celebrate the finest curry eateries in the UK and the talented, hardworking people behind them – including head chef at Milnrow Balti, Bodrul Alom.

More than 200 restaurants and takeaways serving curries, from Indian to Thai, were nominated for this year’s awards. A panel of expert judges travelled around the country to find out who offered the finest cuisine, customer service and atmosphere, before picking the winners.

The Milnrow Balti was also named Best Restaurant at the Curry Life Awards in 2019.

On the recent win at the Euro Asia Curry Awards 2021, owner Mohammed Rahman said: “It was a very special day for Milnrow Balti. We have won the best restaurant award in Greater Manchester again and the best chef of the year 2021.

“I would like to say thank you for all the support from customers and my hard-working staff.”

The Euro Asia Curry Awards were set up in 2015 by Bangladeshi chef Shorif Kahn, who has 20 years of industry experience behind him.

Shorif said it was more important than ever to celebrate excellence in the industry when so many restaurants had been badly hit by the pandemic.

He added: “After such a difficult period for restaurants up and down the country, it feels fantastic to be able to showcase and celebrate some of the most talented and hardworking people in our industry.

“Not only do these businesses contribute a huge amount to the UK economy, but they’re also loved by their communities. It’s wonderful to see them all open again and thriving.”