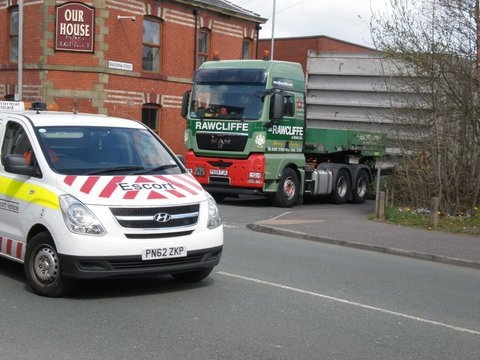 The liner, which is to be used by K Home International Limited, took 10 months to complete from design to manufacturing and once filled with water, will weigh 190 tonnes.

Peter Gilmartin, Managing Director at Gilwood Fabricators, said: “It can hold up to 200 tonnes of water and takes about 72 hours to fill it completely with water.”

Once at its location, the pit liner will be used to help empty the plant of any effluent. The liner can be lowered into the ground and if the plant have a need to empty any effluent; the effluent will be placed in to the tank.

Peter added: “Jobs like this don’t come around often. Because it was such a big job everything had to be handled extra carefully and extra safety measures have to be taken into account. The load had to be accompanied by an escort as well because of its abnormal size.”

Once designs were approved by the company, the build of the liner took around 24 weeks. “There was a lot of going back and forth regarding the design and little things here and there kept needing to be changed but once we had the final design approved, we completed the build in around 24 weeks,” said Peter.

Now the company is working on another large product due to leave for Australia in a few weeks. Peter added: “We are currently working on an equally as big of a project at the minute which will go to Australia shortly but these big projects only usually come along every few years.”