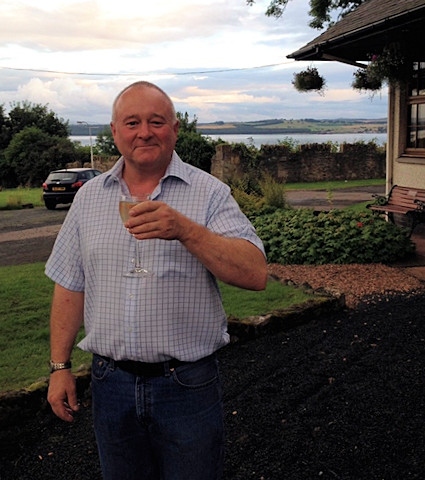 Tributes have been paid to a Rochdale businessman who died when his Kawasaki motorcycle was in a collision with a van.

Stephen Grindrod was the co-founder and director of leading manufacturer Salt Separation Services, which sells water purification technology to the cruise ship industry, offshore oil and gas sector and the Royal Navy.

The 57-year-old had been on a motorbike lesson on 31 October with his instructor a day before he was due to take his test when the accident took place on the Grane Road, between Blackburn and Haslingden.

His eldest daughter Sarah Grindrod, 28, said his family took consolation from the fact he died doing what he loved and had never been happier.

“He was looking forward to the arrival of his first grandchild in December and his younger daughter’s wedding next year,” she said. “He always liked trying new things. He’d recently flown in a Spitfire and had hired a yacht for a day. His attitude was ‘go big or go home’.”

Mr Grindrod founded Salt Separation Services in 1990 with Kevin Shackleton, whose son Daniel is the co-director of the business.

The company specialises in designing, manufacturing and installing reverse osmosis desalination plants on cruise ships such as Crystal Cruises, P&O Cruises, Princess Cruises and Holland America Line, which need potable water for use throughout the ships for things like drinking, swimming pool filling, showers, etc.

Reverse osmosis (RO) is a water purification process that uses a semi-permeable membrane to remove ions, unwanted molecules and larger particles from water to make it drinkable.

Today the company has a turnover of £9m, employs 70 people and has a 10-year order book.

Sarah Grindrod, who has become a director of Salt Separation Services following the tragedy, said: “He was strong willed, stubborn and always right. He didn’t do things by halves.

“He’d only just got involved in motorbikes but wanted to pass his test so he could join his friends on biking tours to Europe.

“The response to his death has been overwhelming. It’s hard to adjust to life without him but we do take comfort from the fact he was the happiest he’d ever been when he died.”

Together with his fellow director Daniel Shackleton, Mr Grindrod was jointly named the Businessman of the Year at the 2012 Rochdale Business Awards.

Mr Shackleton said: “I’d known Stephen for more than 30 years and he had a fantastic work ethic. Having started the business in 1990 he was a mentor to me as well as being the perfect foil as a co-director and business partner. He had time for everyone and was very hands-on. Salt Separation Services was like part of his extended family which is why everyone has been touched by the tragedy.”

Mr Shackleton said the company would continue with a planned expansion programme as the popularity of their 13-metre long units has meant they are literally bursting at the seams in their Fletcher Street base.

Mr Grindrod, who lived in Rochdale, is survived by his wife Janine and their three children Sarah (28), Michael (27) and Laura (23).

As a child he went to Bamford Primary School and Oulder Hill Community School in Rochdale. He was working at Ames Crosta Babcock, in Heywood, where he first met Kevin Shackleton and the two came up with the idea for Salt Separation Services.

The circumstances of the accident are currently being investigated.