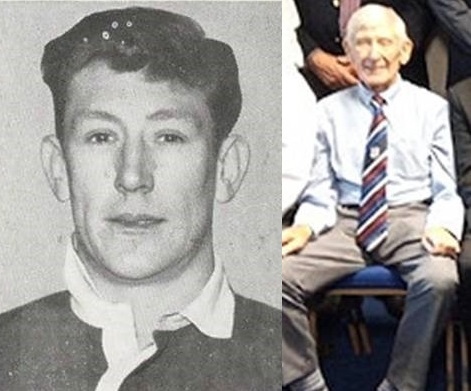 He lived at home with his loving wife Dorothy, was a great friend with a dry sense of humour.

Former Rochdale Hornets player Norman made his debut on 13 December 1952, an away game against Widnes, after signing from Leigh Junior.

A centre, he went on to play 13 seasons for Hornets, with 331 appearances and 79 tries to his name. He scored two tries in the third-round tie against York to get Hornets to the Challenge Cup semi-final against Wigan in 1958.

These words from Graham Starkey depict how everyone would wish to remember him:

“When I was a teenage Hornets’ fanatic Norman Short was one of my heroes, along with Johnny Chisnall and Ted Cahill. What a thrill it was ten years later when I was playing alongside him - and what a testimony to his skill and ability that he had such a long and distinguished career with Hornets. Always pleasant and cheerful off the field.

“Only a couple of days ago I called to tell him how his name has gone into local ‘folk lore’ on the Bowling Green - any bowl that doesn’t reach is referred to as a ‘Norman’ (Short). He was his usual self, telling me how he still likes to get out and have a bet.

“R.I.P. Norman. What a pleasure and privilege to have known you.”

Norman was once included amongst the Hornets best ever 13 by the Rochdale Observer and Manchester Evening News during the 1960s, chosen by reporter Ian Ogden: “Signed from Leigh junior rugby, he was a centre with pace to spare and an eye for the try line. Not a bad tackler, either. Not quite international class, but a tremendously loyal servant to the club through good times and bad. Nearly 300 first team appearances and 79 tries amply illustrates his value to Hornets.”

Norman was also voted into the supporters’ best ever 13, described by voting hornets fans as “a lifelong Hornet,” “a stalwart who never let the team down” and “a genius of his generation.”

Norman has also been described as “a perfect gentleman” by Roger Halstead, rugby league writer and reporter for the Oldham Evening Chronicle for 40 years: “Norman was one of my idols and my heroes. Born and brought up in Littleborough, I was a Hornets fanatic as a kid and when I started to play Union at school, I always modelled myself on my hero, Norman Short.

“He was a class centre and, in my view, he and Ted Cahill were the star players in the 50s.

“I got to know him well in later life and he was the perfect gentleman – a credit to himself, his family, Rochdale Hornets and rugby league.”