You are Here: Home » News » News Headlines » Simon Danczuk's first wife 'appalled' at the 'embarrassment' his behaviour is causing his children 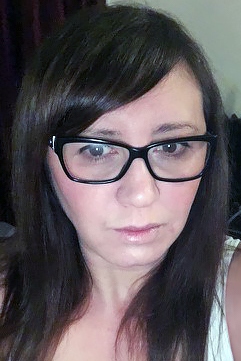 Sonia Rossington, Simon Danczuk's first wife, has berated him in a strongly worded text "appalled" at the "embarrassment" his behaviour is causing his children.

Talking following the revelations that the 49-year-old MP sent sex messages to a 17-year-old, she said: "My God what is he doing, he has a daughter not much younger than the girl he wants to 'spank', and his 18-year-old son has enough problems at university due to sharing the Danczuk name. Why can he not think of his children and the devastating effect his selfish antics have on them? It has been one thing after another after another, will it ever end? Will he ever stop and think about the damage he is doing to his children?

In her text to Mr Danczuk, Mrs Rossington said: "Can you please stop embarrassing them, they are children growing up with your surname. If you resort to stripping yourself of any further dignity, I will change your daughter's surname, if only to protect her against your stupidity."

Clearly despairing, Mrs Rossington said that "appalling" as his behaviour is she is not at all surprised.

She also warned what to expect now, saying: "I was married to him for a long time, I know the way he operates, and I have no doubt he will already been plotting a tear jerking television interview seeking sympathy and we can expect the usual insincere apology, but nothing ever changes with Simon, he thinks he can get away with anything, and up to now he has. Hopefully this time the Labour Party and the general public will see him for what he really is, a thoroughly despicable man."