You are Here: Home » News » News Headlines » Lee Nolan sentenced to life with a minimum of 18 years for the murder of Katelyn Parker 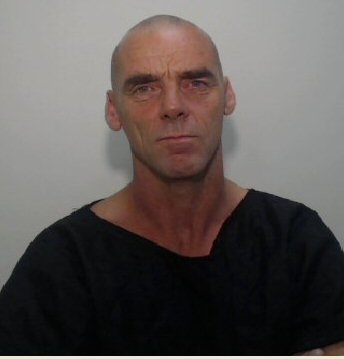 Lee Nolan has been jailed after murdering 24-year-old Katelyn Parker and driving around with her body in the boot of his car.

Nolan (31/03/1967), of Bamford Road, Heywood has been sentenced at Manchester Crown Court to life imprisonment and will serve a minimum of 18 years.

On Thursday 13 August 2015, Nolan picked a man up in his blue Nissan NX100 and attempted to buy cannabis from him. Whilst they were in the car Nolan bragged that he had killed a woman and her body was in the boot of the car.

When the man expressed his disbelief, Nolan pulled one of the rear seats in the car down and revealed Katelyn’s body.

The following day, police spotted the car driving on Claybank Street, Heywood and after a short pursuit Nolan abandoned the car behind a pub on Bamford Road and attempted to flee the scene.

He was detained nearby, as was a 70-year-old man he was travelling with.

Once officers had searched the car, Nolan and the other man were both arrested on suspicion of murder. No further action was taken against the 70-year-old man but Nolan was charged with murder.

Detectives from the Greater Manchester Police Major Incident Team established that Nolan had been at Katelyn Parker’s home address where he offered to do her hair but when she refused he strangled her with a power cable.

A post-mortem examination confirmed that Katelyn died from ligature strangulation.

Senior Investigating Officer Duncan Thorpe said: “What happened to Katelyn was a tragedy and her friends and family went through something that nobody ever should.

“I know the sentence passed here today won’t change what happened but I hope it will go some way to giving them all some form of closure.”