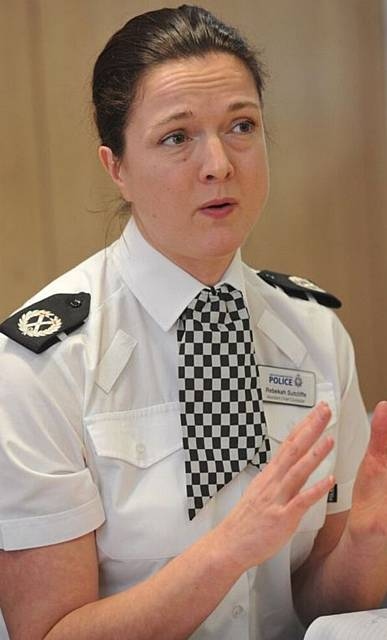 Assistant Chief Constable Rebekah Sutcliffe has been suspended by Greater Manchester Police after allegedly exposing her breasts in a row with another female officer.

ACC Sutcliffe is said to have been involved in a late-night argument with another officer at a hotel bar following the Senior Women in Police conference in Manchester.

A GMP spokesperson told the Oldham Chronicle: “A senior officer has been suspended following allegations of inappropriate behaviour. An investigation is underway and it would be inappropriate to make further comment.”

The force said it would not confirm the details of the officer involved in the probe, which is reportedly now being treated as a complaint over bullying.

ACC Sutcliffe has previously faced criticism over her behaviour. On one occasion, she tried to gatecrash her way into a Labour conference event at a Manchester city centre hotel.

In a second incident, she failed to declare that she was in a relationship with a fellow officer when she sat on a disciplinary panel, in an alleged conflict of interest.

ACC Sutcliffe joined Greater Manchester Police in 1993 and spent much of the first part of her career as a detective.

She was a Detective Chief Inspector in Salford division and has conducted several reviews of major crime.

She later became a Divisional Commander at Stockport, where she worked with other agencies to protect high-risk families, tackle child sexual exploitation and organised crime.