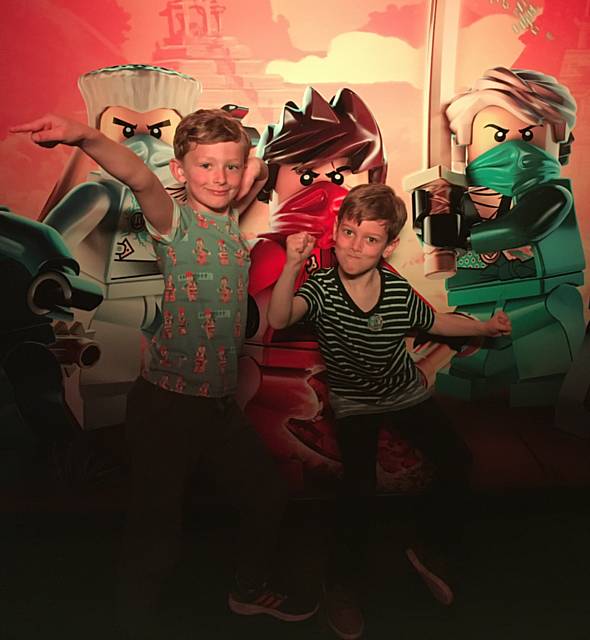 They watched the Lego Nexo Knights defeat the evil Jestro, the Book of Monsters and all their Lava Monsters all set in a 4D world - think wind, water and smoke which brought the battle to life all around the cinema.

Finn and Harry were glued to their seats and really enjoyed the next installment of Nexo Knights, after the film they then went to enjoy the rest of Legoland, building and testing race cars, Riding the Kingdom quest with their laser guns, driving the police cars to catch the robbers, using their Ninjitsu moves trying not the break the lasers.

Finn and Harry also got to see and play with the new play area, City Builder at Legoland® Discovery Centre. Here they spent over an hour adding buildings to in the most unique city that can be imagined.

Martin Ashworth said: “The boys had been looking forward to this for over a fortnight, and they weren’t disappointed.”

"Another great morning at Legoland and Finn and Harry defiantly recommend Lego Nexo Knights 4D: The Book of Creativity.”

Harry Stocks said: "It was brilliant, exciting, fun and the new film was amazing as they saved the day again. I loved playing with the Lego in every room."