You are Here: Home » News » News Headlines » Danczuk claims £2 on expenses for a box of tissues

Danczuk claims £2 on expenses for a box of tissues 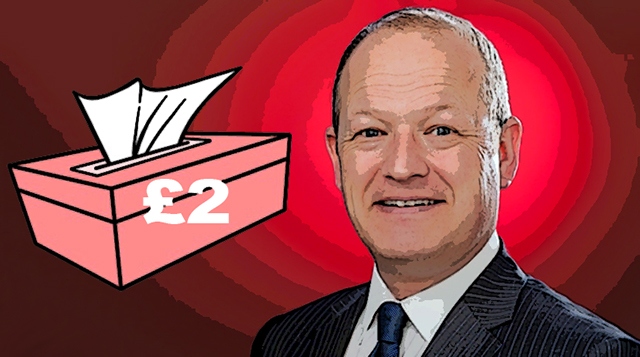 Simon Danczuk claimed £2 on expenses for a box of tissues

Rochdale MP Simon Danczuk has claimed £2 for a box of tissues on expenses.

The latest publication of the MP's expense claims - processed in February and March 2016 by the Independent Parliamentary Standards Authority (IPSA) - reveals that Mr Danczuk claimed £2 for a box of tissues for "upset constituents" on 26 February. He claimed £4.05 for a further box on 7 March.

The MP also claimed back £5 for flowers "purchased for remembrance ceremony".

He has claimed £52.50 for a parking ticket, and he continues to claim for first class train tickets, including one return ticket that cost an eye-watering £300 between Manchester and London.

Rochdale Online revealed in May that Mr Danczuk had claimed for a TV on expenses:

The expenses claimed by Mr Danczuk in the two month period totalled £10,488.80 - almost double that of MP for Heywood and Middleton, Liz McInnes, who claimed just £5,626.34.

Having been ordered by IPSA to repay £11,000 he claimed in accommodation costs for two children who did not "routinely" live with him, Mr Danczuk's previous expense claims are currently the subject of a Metropolitan Police investigation.

He remains under investigation by police over an accusation of rape, which he denies, and is also suspended from the Labour party for sending sex messages to a 17-year-old girl.