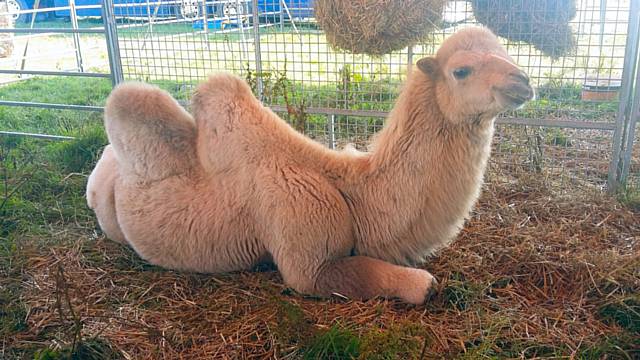 Circus Mondao has defended itself against claims that its animals are treated unfairly, as it performs in Heywood this week.

Animal rights group Animal Defenders International (ADI) has urged the public to avoid the circus due to its ‘wild animal acts’ and allegations of "poor animal care".

Mondao’s ring mistress, Petra Jackson, believes circuses are an easy target for such groups. She said: “People assume wild animals are lions, tigers and elephants, not the animals that we have which you can also visit at petting zoos.”

Currently the circus has llama, reindeer, bactrian camels and horses; of which camels are the only ‘wild’ animals listed under the Dangerous Wild Animals Act 1976 that Circus Mondao keep.

Most countries worldwide class the camel as a domesticated animal, with the UK being in a minority to class the animal as wild.

Ms Jackson said: “Wherever we stay we always work closely with a local vet who has worked with larger animals like ours. All of the animals have been microchipped.

“We also work with the local fire services as they are typically the large animal rescue service, just in case we ever need them.”

Ms Jackson showed Rochdale Online around the entire grounds of the circus, including backstage where the animals live. She showed the purpose-built transporters and secure stables and enclosures, both of which meet the required legal regulations outlined by Defra (Department for Environment, Food & Rural Affairs).

The animal pens are situated to the rear of the site, largely shaded by a tent to provide a cooler environment in the summer heat, so they can sit in the sun or shade as they please.

Ms Jackson explained that walls can be pulled up around the enclosures or pens to provide further shelter from the wind or rain whilst still allowing light and fresh air to circulate, and the animals are regularly exercised.

Ms Jackson said: “Complaints always come from campaign groups. We’ve previously invited them in during protests, so they can see the truth, but they refuse. If we didn’t meet the regulations, we wouldn’t be allowed to continue.

“We’re happy to educate people about the animals and explain our animals’ requirements, and most feel happier about seeing our animals knowing they are happy and healthy. We have nothing to hide.”

The animal acts consist of walking around the ring, sitting, turning in a pirouette and stepping up onto a small platform - all taught with treats and positive reinforcement. Performances by the animals last a few minutes and make up three of the 20 acts.

Ms Jackson pointed out one of the horses in the field. She said: “We bought him at a cheaper price because of an existing medical condition that hadn’t been treated. We treated him and he’s been clear for about three years.

“Another of our horses retired and we still bring him with us because leaving him at home distresses him. This is his home, this is what he is used to.”

However, opposition to seeing animals perform at circuses is strong with many viewing the practice as outdated.

An overwhelming 94.5% of respondents supported a ban on animal acts when asked by Defra. However, it is not clear whether this applies wild animals, or domesticated mammals.
Veterinary bodies also expressed that travelling animals’ needs cannot be met in full.

The Federation of Veterinarians (FVE) said: “There is by no means the possibility that the animal’s physiological, mental and social requirements can adequately be met.”

The British Veterinary Association said: “The welfare needs of non-domesticated, wild animals cannot be met within a travelling circus - in terms of housing or being able to express normal behaviour.”

Jan Creamer, President of Animal Defenders International, said: “Animal Defenders International has repeatedly documented the suffering and abuse of wild animals in circuses. Circuses simply cannot meet the needs of wild animals in small, mobile accommodation. The government has promised a ban, but we’re asking people to vote with their feet – don’t go to a circus with animals.”

Circus Mondao is one of two circuses in the UK which still feature animal performances.