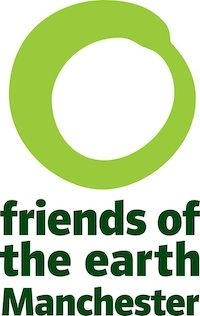 Manchester Friends of the Earth

Responding to the announcement that Andy Burnham has been chosen as Labour candidate for Greater Manchester Mayor, Pete Abel from Manchester Friends of the Earth said: "We need urgent action from our regional leaders to slash greenhouse gas emissions and clean up our badly polluted air.

“Andy Burnham and candidates for Greater Manchester Mayor from all parties must commit to policies for a low carbon, healthy and environmentally-just region - such as a home retrofit scheme, clean air zones and going frack-free.

“We welcome the commitment Andy Burnham made of a presumption of opposition to fracking during the Labour candidacy contest, and call on all candidates to adopt a frack-free position and support for a thriving renewable energy industry in Greater Manchester.”

The Greater Manchester Mayor will have to implement solutions to meet many social and environmental challenges. These include rising transport and energy costs, traffic congestion, ill health and rising obesity levels, poor air quality and the need to drastically reduce CO2 emissions.

Manchester Friends of the Earth is calling on all Greater Manchester Mayor candidates to:

The Greater Manchester Mayor election takes place in May 2017.