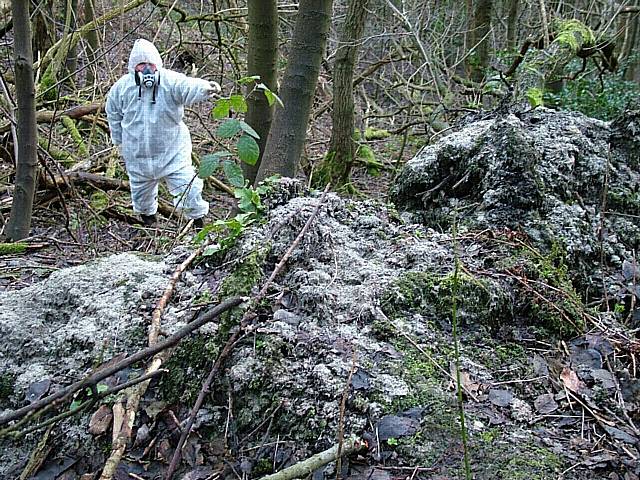 An investigation is due to be undertaken to assess the ground quality at the former Turner Brothers Asbestos site.

It is understood various addresses on Rooley Moor Road have received notification letters from the Council by hand.

The letter says Rochdale Borough Council will be working with site representatives and will update on progress.

The letter recipients are being invited to an 'open meeting' where they can meet the consultants undertaking the work, as well as council and 'other representatives'.

The evening is to be held at Spotland Methodist Church between 4pm and 9pm on Thursday 22 September.

The letter ends by promising 'further information on the project will be provided in another letter', shortly before the meeting.

The continued risk of mesothelioma - a fatal cancer caused by exposure to asbestos - from contamination at the former Turner Brothers Asbestos (TBA) site in Spodden Valley remains a major concern for local residents.

For over 12 years the Save Spodden Valley (SSV) campaign has been working to secure a safe future for the site, once the site of the world's largest asbestos textile factory.

Plans lodged in 2004 to build over 600 homes and a children's nursery were finally scrapped in 2010 after a determined community effort.

The Greater Manchester Hazards Centre (GMHC) has been involved in the issues regarding asbestos and the former asbestos factory site in the Spodden Valley for over 11 years.

Hilda Palmer, co-ordinator of GMHC, said earlier this year that "it is essential at every stage that the health and safety of workers on site, of the local people living around the site and of future users of the remediated site are fully taken into account and that the precautionary principle is applied."

She added: "Past false and frankly preposterous reassurances about the amount of asbestos on the site, and ludicrous underplaying of the the dangers posed, have left many of us very wary. We will need to be shown a process that will deliver a safe sampling and remediation, words alone will not be reassuring."

In December 2004 a planning application was submitted for over 600 houses and a children's nursery to be built on the former TBA site. With this application was a report from a business called Design Planning Partnership (DPP), who stated, at paragraph 5.30 of the Environmental Statement (non-technical summary), “of particular note is the absence of any asbestos contamination”.

Controversy raged and over 1,000 individual letters of objection were lodged with Rochdale Planning Department. Many expressed concerns about the methods and findings of the consultants employed to advise on contamination.

In 2005, another firm of environmental specialists – Encia Consulting Ltd - were employed by the developers. Encia conducted further tests that supported the planning application and a view that asbestos contamination did not appear to be a big issue for areas of the site where permission to build houses and apartments was being sought.

Since their confident reports about the former TBA site for the planning application that was finally refused in January 2011, both DPP and Encia Consulting Ltd went into Administration.

In 2013 soil tests on the TBA site confirmed asbestos contamination in most of the test holes dug and United Utilities asbestos air testing detected elevated levels of asbestos fibres in the air.

There are over 250 articles dating back to 2005 relating to the former asbestos factory site and the Save Spodden Valley campaign in the Rochdale Online news archives. To read them click the link below: