You are Here: Home » News » News Headlines » Jonathan Royle, inducted into the Hypnosis Hall of Fame

Jonathan Royle, inducted into the Hypnosis Hall of Fame 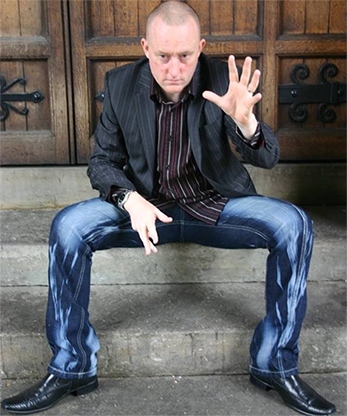 Jonathan Royle, be inducted into the Hypnosis Hall of Fame

Jonathan Royle, born Alex Smith, of Spotland, became the fourth hypnotist ever to be inducted into the Hypnosis Hall of Fame.

He was awarded the recognition by The South African Academy of Hypnosis for his achievements in Hypnotherapy, NLP and Psychological Mind Therapy Professions. He also received a Hypnosis Hall of Fame Excellence Award for his efforts.

He said: “I’m very proud that my efforts to improve people’s expertise of hypnotherapy have been recognised in this way.”

Royle was born on Gandey’s circus and made his stage debut aged three as Flap the Clown.

As a result, he was considered ‘the odd one out’ at school and bullied.

He began to study self-help and hypnotism when he was ten to tackle with the problem after seeking out psychology books in the library.

When he was just 14-years-old, he became the youngest member of The Association of Professional Hypnotherapists and Psychotherapists.

Over the past 27 years, he has released hundreds of home self-help projects and trained others in his own unique Complete Mid Therapy (CMT).

Highlights of his career include curing a lady of her traffic warden phobia and psycho analysing Robert De Niro to help promote the 2002 film, Analyze That.