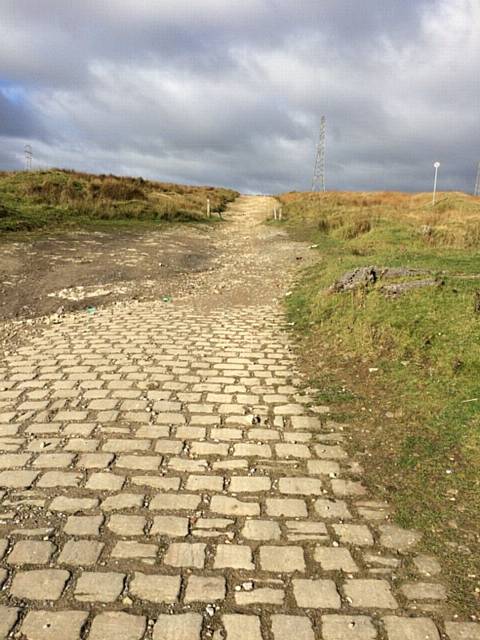 At the top of Rooley Moor Road, is the historic Victorian stone road, widely known as the ‘Cotton Famine Road’, which is a monument to the fascinating story of Rochdale cotton workers siding with the Union cause during the American Civil War, this features on the BBC Two series Black and British: A Forgotten History, Wednesday at 9.00pm.

Lancashire workers sided with the African slaves who picked cotton in the US to support President Abraham Lincoln’s pledge to abolish slavery. This was despite a Union blockade of Confederate ports causing a shortage of cotton supplies coming to Rochdale that caused the ‘cotton famine’ which starved thousands of men and women of their livelihoods.

The workers’ campaign also received the backing of famous Rochdale statesman and radical John Bright, a lifelong opponent of slavery, who had a profound influence on President Lincoln.

At the time of the ‘famine’ Lancashire was the leading producer of finished cotton goods in the world, with Rochdale itself having numerous cotton factories providing the beating heart of a thriving local economy.

Local campaigners didn’t complain, they organised, successful lobbying for the 1863 Public Works Act, allowing Rochdale’s civic leaders to borrow money at a low interest rate. This funded vital civic improvements, including to Catley Lane, which the important Pennine route for transporting goods was then called.

Today the road’s official name is Rooley Moor Road, part of a popular walking route to Bacup. For many it will always be the ‘Cotton Famine Road’; a timeless local landmark to the international struggle to abolish the Atlantic slave trade.

The four-part television series will explore historic social links between the UK and the people of Africa. The series will show specially designed plaques being unveiled at locations across the UK, former colonies and the Commonwealth.

The BBC-funded plaque on Cotton Famine Road simply reads ‘In memory of the Rochdale millworkers who supported the struggle against slavery during the American Civil War 1861-65’.