You are Here: Home » News » News Headlines » The secret life of Leo Ambrosio

The secret life of Leo Ambrosio 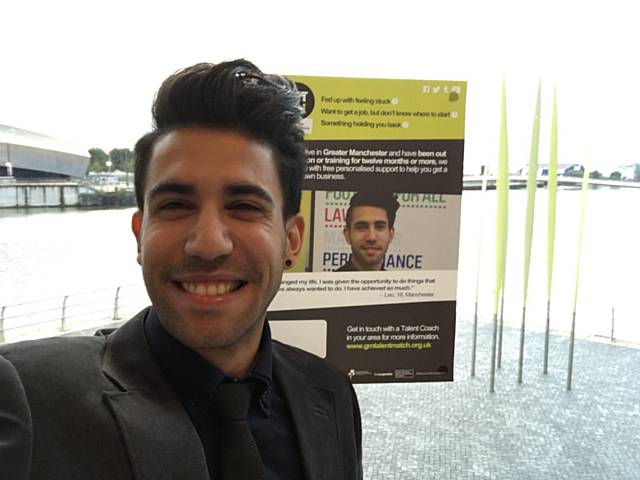 One day he was training to be a barber in Iran, now he has just started working with Fathers Against Violence in their Manchester based Kick it Out campaign: Leonardo Ambrosio's story is one of eye opening generosity.

Leo was born in Shiraz, Iran, where he dreamed of being a footballer in Europe.

At 17, due to Iran's volatile political climate, his family moved to the UK in search of a more stable life.

He said: "When I moved to the UK, my family and I were placed into an immigration centre in London with people of all different backgrounds. My family lived quite comfortably in Iran, but we were placed with refugees and other people much worse off than us.

"I felt bad for the kids especially, so I took it upon myself to visit the local charity shops and shelters to look for toys and clothes for the kids".

This was the start of Leo's life of charity. He soon made contacts in the Red Cross, who supplied children in the centre with food, milk, toys and other donations.

His family moved to Manchester due to London’s living costs and he began volunteering with charities across the city.

Leo continued: "I kept in contact with the Red Cross and worked as a translator for new comers in churches across Greater Manchester, I think it is really important to ensure new people can become a part of the wider community instead of staying in their own, smaller groups.

"One of my favourite projects was working with Oldham Street Angels; we mostly pick litter and help drunk party goers in the town centre at night.

"The feeling I’ve gotten from helping these strangers, who will probably never remember me, is something special. I’ve had some laughs along the way at Oldham's people enjoying their alcohol."

Leo has also carried on following his dream of working in football. Manchester's National Football Museum took Leo on after seeing his talents in bringing people together, where he provides tours and works with youth football teams.

He also began a Sport with Football course at Hopwood Hall College, something he credits a large part of his development too.

The 19-year old added: "My English wasn't great when I came over, now I can happily speak to anyone I meet regardless of the many accents Greater Manchester has and I feel much more comfortable socially.

"The staff there have helped me massively and I'm now on the path to gaining my coaching qualifications."

Despite the amount of voluntary work Leo takes part in, he has still had adversity to face since moving to Manchester.

He said: "I don't believe that there is such a thing as racism, just a lack of education. Once you leave the city, some of the smaller towns can still have a very narrow view of the world."

Asked what is the biggest difference between Iran and Greater Manchester, Leo said: "The colour of the sky never changes. No matter how far you travel, it is the same colour: grey."