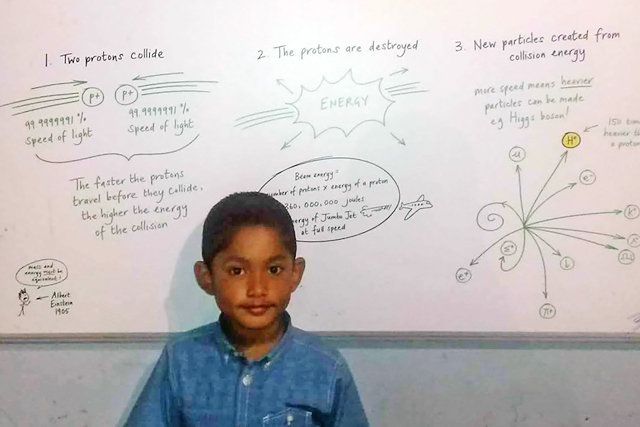 Wardleworth Community Centre Association and Youth Connections Rochdale are aiming to bring a ‘fun-filled family science day’ to Rochdale for the first time ever on Sunday 12 March, but need your help to make it happen.

The day came about because of ten-year-old Labib Rahman’s love of everything science. The enthusiastic ten-year-old wanted to hold a science related event because “it’s miles to travel to Manchester or Birmingham, so why not do something in my town?”

Labib is planning to give a presentation on palaeontology, one of his favourite areas of science along with astronomy. The home-schooled youngster has such an aptitude for the subject that he is even working towards his GCSEs in science and maths already, and hopes to be an astronomer, astronaut or a palaeontologist in the future.

Labib said: “It’s very important to have this science day because I know what I want to be when I’m older, no matter how hard or crazy it is. Some of my friends don’t know what they want to be, and I want people to go for their dreams.”

The ‘day of fun and stimulation for children, family and friends will fall during British Science Week (10-19 March), a ten-day programme of science, technology, engineering and maths events and activities across the UK for people of all ages.

Planned activities for the free day include:

“With our British Science Week Community Grants, we specifically want to empower and support local communities that don’t normally have the opportunities to engage with science, helping them take ownership over the activities and in turn making science something that’s relevant and interesting to them.”

The project is already part-funded thanks to a £500 award from the British Science Association and around £500 that has already been raised.