You are Here: Home » News » News Headlines » Chris Furlong: Local favourite for Labour candidate on the list for interview

Chris Furlong: Local favourite for Labour candidate on the list for interview 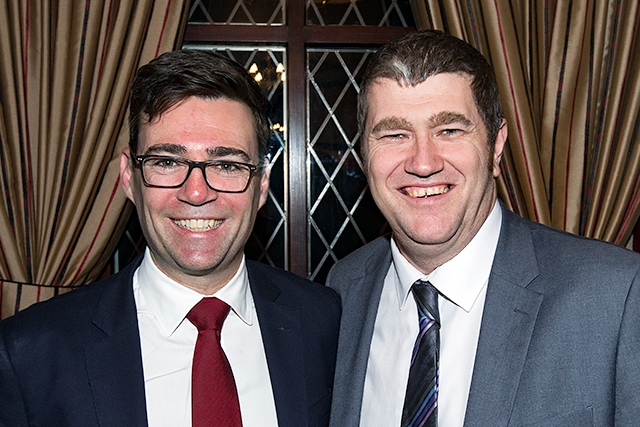 Councillor Chris Furlong, the local favourite to be the Labour candidate in the forthcoming general election, has made it onto the list for interview at Labour headquarters in London on Monday (8 May).

Typical of the local grassroots support for Councillor Furlong is local resident and Labour Party member, Alison Morris who said: "Chris Furlong is a loyal and genuine man. He will make Rochdale proud and fight for the rights of every one of us. I would trust him implicitly with the job of Rochdale MP. Finally a Rochdale MP we could be proud of."

Councillor Furlong said: "It would be an absolute honour and a privilege to stand for Labour in Rochdale and I know as a local candidate I have very large support both in Rochdale CLP and in the community as a whole."

It is understood former Greater Manchester Mayor, Tony Lloyd has also been invited to London for interview.

Mr Lloyd is said by those close to the deciding committee to be the favourite, and has the backing of both the Unite and GMB unions. However, despite being in the driving seat as the incumbent, Mr Lloyd was rejected by Labour members in favour of Andy Burnham when asked to choose a mayoral candidate. Moreover, former Rochdale MP Simon Danczuk has said he does not agree that Mr Lloyd is the right choice of candidate and has also said he will stand as an independent unless the "right candidate is chosen".

Another two of the ten on the interview list are Dr Kailash Chand and Dr Zahid Chuhan.

Dr Chand lives in Tameside, has been a GP for more than 30 years and is honorary vice-president of the British Medical Association (BMA). He is a former chairman of Tameside and Glossop NHS and received an OBE for his services to the NHS.

Dr Chand said: "Rochdale is a great place with great people, but the potential has been held back for a long time. It is time to build a new future for Rochdale; the best place to live work, and get on with life.

Dr Chand has the backing of a number of local councillors.

Dr Chuhan, an Oldham councillor and resident, is a local GP and also works for a not-for-profit social enterprise providing out-of-hours emergency medical support for the people of Rochdale.

Dr Chauhan, who writes a regular health column for Rochdale Online, said: “As a GP working every day in Rochdale, I have a unique insight into what issues mean most to people at grass roots level. They express their concerns about cuts to health and social care, not having enough money to feed and clothe their families, the shortage in housing, the need for job creation and worries about disunity in our communities.

"Only Labour can help create a better Britain and as someone trained and experienced in caring for others, I am determined to a powerful advocate for my constituents and ensure a sense of equality and social justice is brought back to our country.”

Rochdale Online has been inundated with local people saying they want a "local" candidate, not an "outsider" being parachuted in.