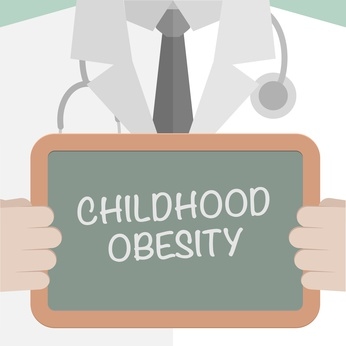 Childhood obesity continues to rise in reception aged primary school children, according to the latest figures by NHS Digital.

The report shows the figures for the borough of Rochdale are higher than the national average, with 10.8% of reception-aged children measuring as obese and 23% in year six.

For reception children, this is one of the highest figures for Greater Manchester, but still lower than Tameside, Salford and Manchester. However, year six children are the second largest in the region, just behind Manchester’s 25.5%.

Across both age groups, these were the second highest in Greater Manchester, behind the city centre itself.

The national prevalence of obesity has risen from 9.3% of children in reception, to 9.6%. This is more than twice as high among children in year six (20%, similar to 2015/16) than in reception age children.

The National Child Measurement Programme (NCMP) measures the height and weight of over one million children in England annually and provides robust data on the number of children in reception and year six who are underweight, healthy weight, overweight or obese.

Andrea Fallon, Rochdale Borough Council’s director of public health and wellbeing, said: “Preventing and reducing childhood obesity has been agreed as one of our top public health priorities for the council and one we are actively working on.

“These figures from the national child measurement programme are really important because they allow us to assess our situation, work with families to prevent weight gain at an early age, target those children and families who may need healthy lifestyle advice and invite them to our local services.”

She continued: “The data for 2016/17 shows an overarching rising trend across England, Greater Manchester and other areas with similar demographics to Rochdale, which isn’t unexpected but something we are taking very seriously.

"Although we are by no means the worst area for childhood obesity levels, we are higher than we would like to be and that is why at our obesity summit launch in June, the council and our partners signed up to take responsibility and work together to tackle obesity with local communities and families.

“We are encouraging more physical activity through schemes like the Daily Mile in schools, raising awareness of healthy diets, including reducing sugar intake through our new Healthy Heroes campaign and have just signed up as a council to the local government declaration on healthy weight, to name just a few actions.

“We hope that this work will improve these rates in the coming years and help our children live healthier and happy lives. Any families wanting support to improve their lifestyles can contact the Healthy Lifestyle Team on 01706 751190.”

Earlier this year, Rochdale Borough Council pledged their commitment to reducing levels of childhood obesity, and last week welcomed the opportunity to lead local action in tackling the issue: