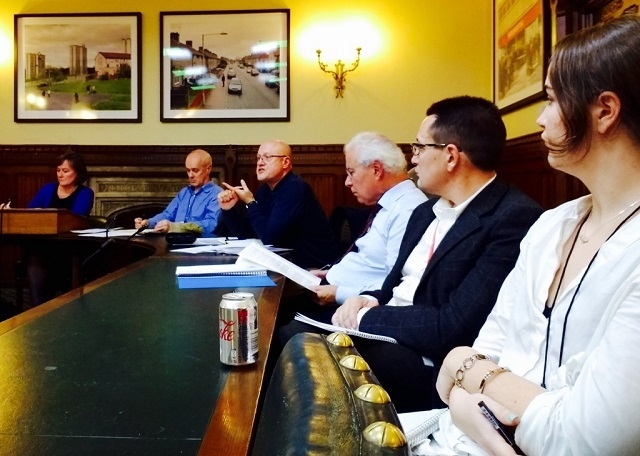 Spodden Valley asbestos issues were discussed in the corridors of power in Westminster this week.

Ongoing controversy continues about the Spodden Valley site with local people saying they have many unanswered questions about the asbestos testing techniques used by Rochdale Council and the landowners of the 70-acre site.

The subcommittee was asked to look into the relationship of both the public and private sector with responsibilities for planning, remediation and public safety relating to asbestos contaminated land.

Mr Dring says: "There is case for considering some 'brownfield' sites as especially hazardous. Perhaps creating a new classification, such as 'greyfield', is more appropriate to ensure such contaminated land is treated with the upmost respect. Standard testing and remediation techniques for complex asbestos sites may not be safe enough.

"We are concerned that local people and former asbestos workers have not had their concerns heeded. It is as if historical facts about the TBA site are an inconvenient truth that some want to see swept under the carpet."

Hilda Palmer of the Greater Manchester Hazards Centre added: "The Chancellor announced in the Budget that the Homes & Communities Agency is to be rebranded as 'Homes England'.

It is ironic that the new name omits 'community' the very people whose lungs are on the front line if grossly contaminated sites are improperly remediated.

"It is essential that there is transparency and accountability between those responsible for enforcing regulations designed to keep the public safe and those that they are supposed to be protecting.

"There is a danger of a closed 'club' of corporate lobbyists dominating land regeneration policy with cash-strapped bodies such as the HSE, Environment Agency and Local Authorities lacking the power and resources to put people before short-term profit.

"Toxic and blighted 'greyfield' sites such as TBA in the Spodden Valley could serve urban communities safely as 'green lungs' of amenity space."

Rochdale Training has secured a training budget to support health and social care employers to train the workforce, with no costs to the employer. The fund is available for those...

Now is the time when many of you, with the greatest of intentions, start thinking about that new exercise regimen and / or starting THAT DIET!
But for the thousands of you...

Rochdale’s first-ever fully-vegan market in the hot summer was a resounding success – and the organisers are back with an even bigger and better.