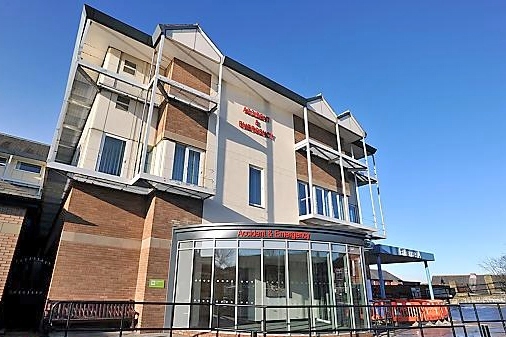 Partners working on the National Bereavement Care Pathway (NBCP) for pregnancy and baby loss, including stillbirth and neonatal death charity Sands, have published a report to coincide with the extension of the pioneering project to a further 21 sites across England, one of which is based at the Royal Oldham.

The report includes a survey of health professionals’ perspective on bereavement care issues in their trust and sets out how the Pathway can improve the overall quality of bereavement care for parents and families whose baby has died before, during or shortly after birth.

More than a third of health professionals surveyed for the report agreed that their NHS trust needs to do far more to improve bereavement care for parents, with the most common barriers to providing good quality care including a lack of dedicated bereavement care rooms, a lack of staff resources, and over-complicated paperwork.

The need for better training and support for staff was also highlighted, particularly in discussing bad news with bereaved parents with only around half of all respondents (55%) saying they felt able to do this appropriately.

However, the survey also found that the recruitment and work of specialist bereavement leads was improving their trust’s approach to bereavement care.

The new NBCP sites bring the total number of NHS Trusts taking part in the Pathway to 32 – almost tripling the reach of the existing pilot.

Clea Harmer, Chief Executive of Sands and Chair of the NBCP Core Group, said: “Pregnancy and baby loss affects thousands of families each year across the UK, so I am delighted that we have so many NHS Trusts enthusiastically supporting the development of the National Bereavement Care Pathway.

“It is vital to offer consistently excellent bereavement care and support to anyone who has lost a baby or pregnancy, and that’s why we are testing the effectiveness of the Pathway in such a wide range of settings; from Health Visiting to GP surgeries, from Neonatal Wards to Paediatric Pathology and from Midwifery to Gynaecology.

“I and everyone on the National Bereavement Care Pathway Core Group are very grateful to all those involved in its development, which will make a difference to so many families.”

The new sites will be working with the project team to understand the impact of the Pathway and its effectiveness in improving bereavement care for parents.

The sites have been chosen as they are representative of geography, capacity and specialism and will begin to pilot the pathway from this month.

Five experiences of pregnancy or baby loss are included in the Pathway including miscarriage, termination of pregnancy for foetal anomaly, stillbirth, neonatal death and the sudden unexpected death of an infant up to 12 months.

The full list of the new sites to have joined the Pathway is as follows: