You are Here: Home » News » News Headlines » Young woman from Norden cause of death attributed to Myalgic Encephalomyelitis

Young woman from Norden cause of death attributed to Myalgic Encephalomyelitis 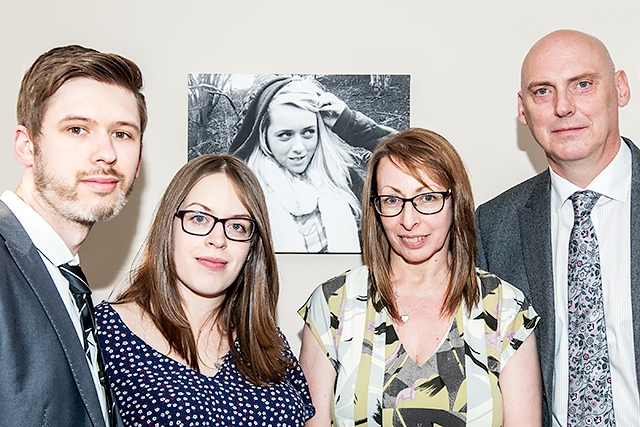 A 21-year-old young woman died after battling ME (Myalgic Encephalomyelitis), a coroner ruled on Friday (18 May).

The ruling means that Merryn Crofts, from Norden, is the youngest person to have a cause of death attributed to the devastating disease.

Merryn died after a six-year battle against ME, a neurological illness that causes immense and insufferable pain that affects approximately 250,000 people in the UK.

The ME Association, at the forefront of improving access to care, treatment and research and removing the disease's stigma, called today for Merryn’s death not to be in vain.

A spokesman said: "Firstly, the sympathies of the ME Association are with Merryn’s family today. We hope the result of this inquest provides some closure and allows them to cherish their memories of Merryn.

"It is essential that Merryn's untimely death is not overlooked and the urgent need for proper recognition of, and research into, ME is recognised.

"In our present state of knowledge, we don't know if ME can kill directly, but there are various consequences of having the illness that can increase the risk of early death.

"What we do know is this: ME is real. It’s devastating. It leaves people, at best, struggling to work. At worst, it leaves them enduring a tortuous existence, a living death, where they are unable to take their place in society.

"One in four are so severely affected that they are housebound, bedbound, and in some cases unable to shower, clothe, or feed themselves.

"People are taking their lives because they cannot bear the torture this illness brings. Others describe themselves as rotting behind closed curtains.

"Despite being recognised as a neurological disease, many doctors still don’t know how to diagnose and manage ME/CFS and lack or research means that we still don’t have any effective forms of treatment.

"This is a completely unacceptable situation for a disease  costing the UK economy around £3.5billion in lost taxes, healthcare and benefit costs. There is no cure - and the longer it will take to find one unless funding dramatically increases.

"How many more people have to suffer before ME merits properly funded medical research?"

The inquest heard how Merryn was “a bundle of energy who bounced into the room with a hop, skip and a jump” and actively took part in a drama group, which adapted plays to suit her when she became ill.

Mrs Norton said: “She was a typical teenager; a total fashionista who was obsessed with Doctor Who. She was stubborn which I think helped her through the illness.”

She outlined how Merryn woke up one day with a swollen face, shortly after returning from a family holiday in Majorca. She had no signs of illness or allergies whilst abroad, and was given antibiotics and antihistamines.

A blood test showed presence of the Epstein-Barr virus in her blood, an indicator that Merryn had had glandular fever at some point.

“She wasn’t herself,” Mrs Norton continued.

“She was finding it hard to walk and had an episode on the way to school. She was sick and fainted, so the school called her an ambulance. Merryn said she had never felt so ill in her life.

"She was diagnosed with panic attacks and sent home. I knew it wasn’t, because I worked with people who had panic attacks.”

“She would sleep for hours and then feel okay. That wasn’t like her, she never had lie-ins and was always up early.”

The inquest heard how Merryn was referred to CAHMS and underwent both an MRI and a nerve conductor test.

The Oulder Hill pupil was then referred to the Perrin Clinic by a friend of her sister Amy, who also had ME. By this point, she was wheelchair bound.

After a long assessment, both with a detailed history and physical element, Merryn was finally diagnosed with ME.

Mrs Norton added: “We were taught techniques and initially Merryn improved, but she needed a stick to walk.”

However, Merryn’s condition deteriorated further still, and she was referred to Salford Royal Hospital.

After losing an alarming amount of weight, a peg was fitted, allowing Merryn to be fed through her stomach and intestines.

The court heard how Merryn’s family wanted her to return home and attempt to control her environment, as she was suffering extreme sensitivity to light, sound and touch, in addition to other symptoms, including post-exertional malaise – a key symptom of ME.

Mrs Norton added: “If you put someone with a migraine in a room with bright lights, that is what is was like for Merryn with noise and movement.

“Her energy was pushed beyond what she could tolerate. She thought she could beat it but she learned the hard way she couldn’t. The best advice we were given was ‘whatever Merryn thinks she can do, do 50% of it', but she didn’t have 50%, she was always crashing.”

In February 2016, Merryn was referred to the community care of Dr Lippett.

Mrs Norton said: “Merryn never recovered. I was so scared she was going to die and that’s when we were told she was terminal.

The inquest then heard evidence from Dr Du Plessi, the pathologist who conducted Merryn’s post-mortem.

“There was also a destruction of the nerve fibres.

“It is impossible to say how long the inflammation had been there or how severe symptoms are.”

Dr Du Plessi explained how tests that could rule out disorders like EDS or Lyme Disease should have been conducted whilst Merryn was alive, but they would not explain the inflammation she was experiencing.

No evidence was found of an infection, the inquest heard, but this could not be ruled out for several reasons. Merryn’s immune system may not have responded as expected, and no blood samples were taken during the post-mortem due to the poor quality.

The inquest heard how Merryn was seen by a number of gastrointestinal specialists at Salford Royal Hospital, and was classed as having a ‘hypersensitive’ gut as she could not tolerate more than two teaspoons of liquid without considerable pain.

She explained how the Perrin Clinic was established by Dr Perrin, who has almost 30 years’ experience of researching ME.

She said: “Merryn fulfilled all the main criteria for ME diagnosis, according to the Centre for Disease Control and the International Consensus Criteria, a recent collaboration.

“Merryn also fulfilled our own diagnostic protocol, which has since been published in a November 2017 paper in the British Medical Journal.”

Ms Sumner saw Merryn nearly forty times until April 2014. Initially improving, she then deteriorated and was reassessed by Dr Perrin himself, who reaffirmed a diagnosis of ME.

The inquest was told how other people with ME who had the disease recorded as their medical cause of death also experience similar changes that were found during the post-mortem.

Dr Mukhajee told the inquest how Merryn’s symptoms and did not hesitate in saying: “I would offer ME [as a cause of death].”

She said: “In my opinion, Merryn did have ME but I had not come across a case of ME like Merryn’s because every patient is different. Some have been bed bound with severe or very severe ME and others have significant gut issues.

“ME is a diagnosis that not a lot of doctors are willing to engage in. It is a multi-system illness.”

She explained how ‘red flag’ symptoms are identified and other illnesses excluded first.

Dr Mukhajee added: “I didn’t see any other explanation for her condition. I don’t know of any further treatment that could be given.”

When called, Dr Overshott, consultant psychiatrist, told the inquest Merryn did not have a panic disorder and he felt she was “capable and happy” of making her own decisions. Several mental conditions were ruled out, such as an eating disorder due to her emaciated frame, depression and anxiety.

He added: “I have no reason to doubt Merryn couldn’t make her own decisions.”

In the year prior to her death, Merryn had arranged a care plan with Dr Lippett, in case she could not make decisions in the future, which she re-signed in February 2017.

Dr Lippett, who reported Merryn’s death, told the inquest: “Merryn did not want to die. She wanted to be in the 6% of severe and very severe sufferers who get better, but she didn’t want to live like that.

“Merryn was taking very high doses of medication and there was no way she could have withstood those doses if she was not in physical pain. The side effects would have been intolerable.”

Dr Lippett noted she was “in agreement” with the proposed verdict of death by starvation, severe malnutrition as a result of withdrawal of nutritional support due to ME.

Speaking to the family, assistant coroner Catherine McKenna said: “I am satisfied the medical cause of death was starvation, severe malnutrition due to withdrawal of supported nutrition caused by ME as the underlying cause.

"Merryn had suffered from ME since 2012, with symptoms such as severe fatigue, gastrointestinal failure, loss of mobility.

"Despite extensive investigation, no reason was found and so it is likely caused by her ME.

"I did get a glimpse of a determined young woman who bore her dignity through illness. She knew her own mind and was confident in her decisions.

"She came from a very loving family who supported her, and I have no doubt you have many joyous memories of her.”

After registering Merryn’s death, the family welcomed the inquest conclusion.

They said: "Today's ruling is proof, as if proof was needed, that ME is a real, physical disease. It is a devastating and cruel illness that has robbed us of a beautiful daughter and sister.

"We have never wanted Merryn's death to be in vain and we hope this inquest conclusion is a milestone in the way that ME patients are treated from now on.

"This is the outcome that Merryn would have wanted and we take comfort in the hope that more will now be done to benefit the 250,000 people in the UK who suffer from ME.

"Merryn was desperate to raise awareness of ME and donated her brain and spinal column to research into the illness, but more research still needs to be done.

"We call on the government and NHS to drastically increase medical funding as a matter of urgency so no family has to endure the torment that we, and so many others, have."

A full conclusion into how Coroner McKenna reached her verdict will be given to the family in due course.