You are Here: Home » News » News Headlines » Hundreds of young Muslims run and walk for charity

Hundreds of young Muslims run and walk for charity 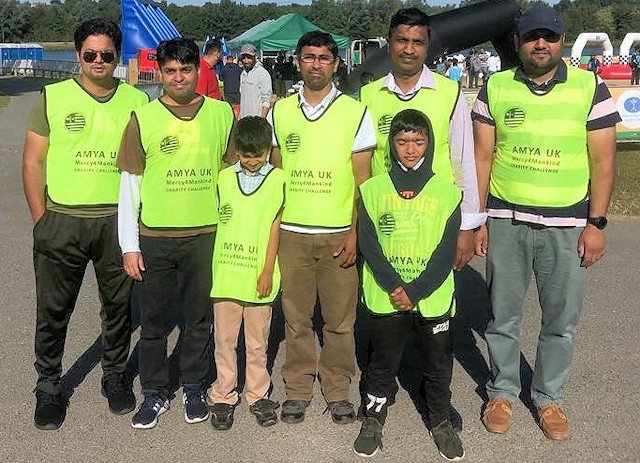 Members of Ahmadiyya Muslim Youth Rochdale travelled to Sheffield for the 'Mercy for Mankind' Charity Challenge on Sunday (8 July).

The half marathon challenge was organised by the Ahmadiyya Muslim Youth Association (AMYA), the largest Muslim youth organisation in Britain

Over 700 members of the organisation, including children as young as five, gathered from across the UK to practice the Islamic teachings of serving humanity by raising funds for British charities in the half marathon.

Laiq Khan, Representative for AMYA Rochdale, said: “The weather was behind us and we had a great turnout with over 700 British Muslims raising hundreds of thousands of pounds for British charities.

“We have been inspired by the true teachings of Islam and we hope that by raising funds for the needy without any distinction of faith, colour or creed, this event will serve a dual purpose of not only helping charitable causes but also reminding Muslims and non-Muslims alike that Islam and its founder stood firmly for peace and unity within humanity.”