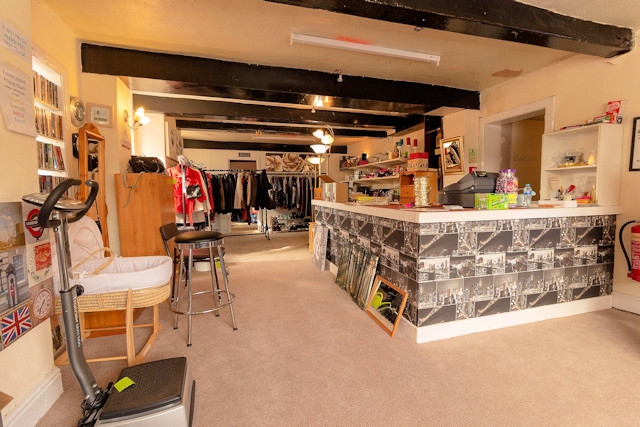 The Mayor of Rochdale, Mohammed Zaman, and councillor Ann Stott officially reopened the group’s new home in the former Royal Oak Hotel, cut a cake and wished the community group well for the future.

Reuse Littleborough aims to reuse many unwanted items and save them from the bin, giving them new leases of life by passing them on to families in need. It will now be open six days a week, Monday through Saturday from 9am to 4pm.

The Mayor, very knowledgeable about the group’s vision and their campaign to support the children at the Forever Angels Baby Home in Tanzania, gave a speech about reusing, saying it should be a template for other towns to do the same to cut waste and help people in need with the things that would otherwise go to waste.

Councillor Stott said local councillors should support the group in any way they can, adding, “it is so good that a local group can bring together a community to help people in need and support local charities.”

Michael Bamford, who runs reuse Littleborough, said: “It was a brilliant day: we sold so much and raised an unbelievable amount of money. The people of Littleborough turned out in droves, brought things in and took away lots of bargains.

“It is hoped to get lots of people to volunteer in the shop so that we can be open six days a week.

“We have had so many local tradesmen coming in to offer their services for free help us achieve a charity centre for Littleborough. We are not just another charity shop, we are the charity hub that was a pub.”

He added: “We hope that locals will call in, have a cup of tea, talk about what is needed and offer to get involved.

“The future looks bright. Reuse Littleborough has arrived home, finally. It’s been a three-year slog but now I am so happy about our vision and our many plans to help local people and children far and wide.”

Reece Horton, who took photographs on the day said: “It was nice to see the progress of the Royal Oak and be able to take photos for Reuse Littleborough.”

The group will also be supporting the Wednesday soup kitchen at the former Rochdale Magistrates’ Court every fourth week when fully established. They are still supporting the homeless with rails of clothing and shoes.

The parent and child resource centre, formerly the mother and baby centre, is continuing to do well with lots of caregivers registered and helping young families.

Originally an 18th century posting inn with stables and large land holdings, the former pub was used by the famous dialect writer Tim Bobbin as the base of his work, “A view of the Lancashire dialect.” Bobbin, real name John Collier (1708 – 1786), was an acclaimed caricaturist and satirical poet who lived and worked as a teacher in Milnrow.

Planning permission has been sought to convert the building to flats and a retail space, which will be occupied by Reuse Littleborough, who are looking at becoming a registered charity.

Since its inception, the group has helped change the lives of many people both locally and internationally with your old items that have been kept out of landfill.

Read more about the success of Reuse Littleborough: