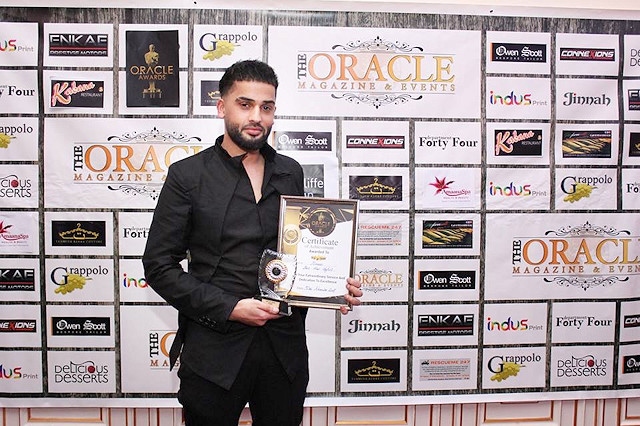 Mohammed Ilmaas with his Oracle Award

A Rochdale-based hairstylist has won an award for Best Hairstylist at the 2018 Oracle Awards.

Mohammed Ilmaas, who runs Hair by Ilmaas on Whitworth Road, retained the win after he was previously awarded the same title in 2017.

Mohammed, who has been in the hair industry for over 11 years, opened his salon two years ago, and has also styled celebrities and been head hairstylist at some of the biggest fashion events.

The Oracle Awards Event which is now in its fifth year, held the awards in Cleckheaton on Friday 30 November, which are peer-voted and judged by an independent panel of specialists along with a voting system.

The awards were launched to raise standards across the industry by showcasing top class and innovation.