You are Here: Home » News » News Headlines » Announcing a success at Castleton

Announcing a success at Castleton 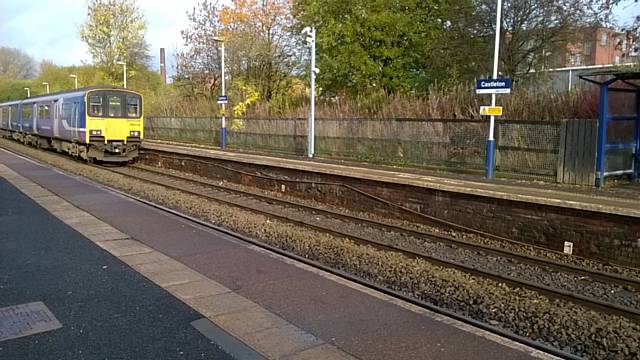 Some months ago, the Friends of Castleton Station raised concerns to Vikky Cropper, the regional community person for Northern Railway about train announcements at the station.

The Friends group was worried that announcements such as, 'The next train at platform X is the xx to X' meant awaiting passengers moved forward toward the platform edge, only to be surprised if the next train to come along was a non-stopping service speeding past, with whistle sounding.

A spokesperson for the Friends of Castleton Station said: “A request for a new announcement similar to 'The next train on platform X does not stop here please stand well clear' has been successful.

“Now a message on the displays gives warning of a train passing through without stopping and this is re-enforced by an announcement advising waiting passengers to 'stand well clear of the platform edge'."