You are Here: Home » News » News Headlines » War on waste: nearly a quarter of parents in north west admit to throwing away toys in perfect condition

War on waste: nearly a quarter of parents in north west admit to throwing away toys in perfect condition 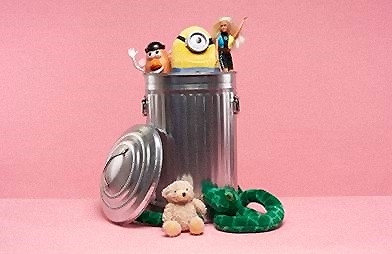 Children get bored of their toys after just 36 days

The old adage ‘waste not, want not’ is becoming a thing of the past for some people, as a new survey shows that thousands of parents are regularly binning toys in perfect condition.

From Buzz Lightyear to Mr Potato Head, the British Heart Foundation’s survey found that nearly a quarter (24 per cent) of parents in the north west admit to throwing away toys in perfect condition.

It also revealed that toys’ days are numbered from the moment they leave the box, with the majority of children losing interest in just over a month (36 days).

Over a quarter (27 per cent) of parents in the north west said their children lost interest in a toy in the first 11 hours of play.

Furthermore, the figures showed children have an average of four toys they’ve never even played with. This means there could be a staggering 162 million toys that have never been played with in the UK.

According to the survey, over two thirds (67 per cent) of children’s toys in the region are predominantly made of plastic.

In light of these stats, the British Heart Foundation (BHF) is urging the public to take part in its ‘Toy Amnesty’ over the Easter break. Donating to one of the BHF’s 550 shops nationwide couldn’t be easier, with the charity offering a free toy collection service between 8 and 12 April.

Generous donors can use the #MyToyStory hashtag on social media to tell the BHF a bit about the toy they’re donating. Or why not label up your item and tell the new owner a bit about where it came from.

With the survey suggesting that 66 per cent of the nation’s children’s toys are predominantly made of plastic, the charity say the campaign could prevent many toys ending up in landfill and give them a new lease of life.

Last year, the BHF enabled 70,000 tonnes of items to be re-used thanks to donations to its shops.

The proceeds of all toy donations will help fund research into beating heart and circulatory disease.

Allison, Swaine-Hughes, Retail Director at the British Heart Foundation, said: “As a parent I know how easy it can be for outgrown toys to be piled everywhere, with some not played with for months.

“The British Heart Foundation’s Toy Amnesty is here to help clear out those toys that are ready for a new home and a new adventure. Call the BHF for a free collection or pop in to one of our 550 shops and donate in person – you could even pick up a donated toy at the same time.

“Every item sold in a BHF shop helps us to raise funds for our life-saving heart research and prevents thousands of once loved items ending up in landfill.”

Chris Walker, eBay Toy Expert at the British Heart Foundation, gives his advice on which toys make the best donations: “Your old toys, which you may just see as outdated bric-a-brac, could be worth hundreds or even thousands. If they’re still unopened or even if you have the original packaging, your donations could raise vital funds for charity.

“Items such as Polly Pocket, Subbuteo, Corgi cars, Transformers, Star Wars and Lego, are all big sellers on our eBay shop. They often have cult followings and are in high demand from collectors.

“Toys from the 80s and early 1990s are popular too, as a lot of people who were children then are parents today and are keen to share the nostalgia from their childhood with their own children.”