You are Here: Home » News » News Headlines » One in two adults in the north west can't identify their large bowel 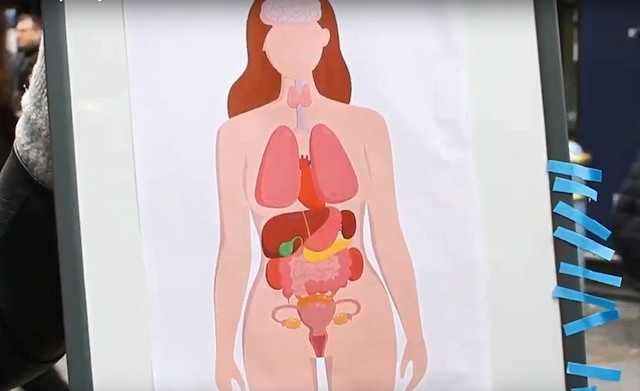 Around half of people (49%) living in the north west cannot correctly identify the large bowel on a diagram, according to a poll of 4,000 UK adults commissioned by Bowel Cancer UK.

The results are published for Bowel Cancer Awareness Month this April.

Willie Hamilton, Professor of Primary Care Diagnostics at the University of Exeter Medical School and medical advisor for Bowel Cancer UK, says: “These findings reflect that better education of our anatomy is very important. Not only are patients unaware where their organs are, but terms used to describe them are interchangeable. This makes it very difficult for GPs and patients to communicate effectively together.”

Kelly Smith, 30 from Manchester, went to her GP seven times before she was diagnosed with stage four bowel cancer. She says: “I certainly didn’t know where my large bowel was but I did know that the right side of my body from my rib to hip was in severe pain. If I had been more aware of which bit of my body was affected, perhaps I would have been more insistent with my GP and not had to go back seven times before I was referred for diagnostic tests. Maybe my cancer could have been detected much earlier.”

Deborah Alsina MBE, Chief Executive of Bowel Cancer UK, says: “It’s crucial that the public understand where their bowel is and how symptoms might affect them so they feel confident speaking to their GP about their symptoms. When it comes to bowel cancer, early diagnosis is crucial and therefore a clear conversation with GPs and patients is a key step to ensure they are referred quickly for further tests if needed.

“In April alone nearly 3,500 people will be diagnosed with bowel cancer and over 1,300 people will die of the disease. Being aware of the symptoms and visiting your GP if things don’t feel right can help increase chances of an early diagnosis when treatment has the best chance of working.”

Knowing the symptoms of bowel cancer could save your life, these include: