Fear of air pollution preventing a generation walking to school 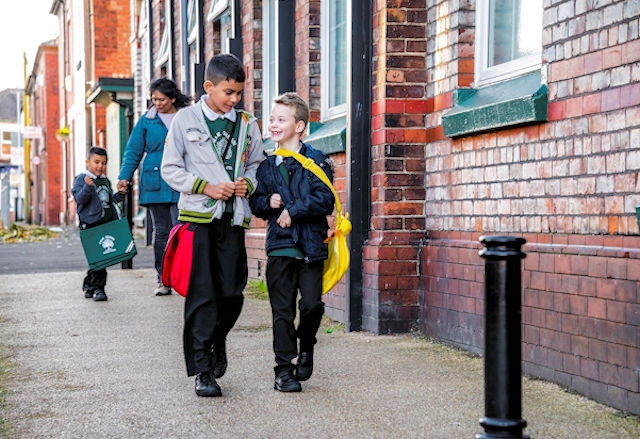 Even more worryingly, nearly a third of parents (30%) have been put off walking their child to school because of poor air quality, despite driving children to school making air quality worse and exposing children to even more pollution inside the car.

Professor Stephen Holgate CBE, University of Southampton, said: “Children are among the most vulnerable members of society to suffer the adverse health effects of air pollution, especially since their lungs are still developing and growing.

“Exposure to pollution can be far higher sitting in the back of a car or in a bus than outside. Exercise and activity by children, as well as socialising among friends, is greatly improved by active travel with many added benefits to the health and well-being of our next generation.”

In 2018, Living Streets, the UK charity for everyday walking, called for cars to be banned from school gates at pick-up and drop-off times to allow children to walk the last part of the journey to school, free from traffic.

Since then, more schools and local authorities have successfully taken action to reduce the number of vehicles around the school gates. The charity wants to see this taken nationwide.

Schoolchildren in the UK are some of the unhealthiest and unhappiest in the world and walking is one of the easiest and most accessible ways of maintaining a healthy weight and reducing stress levels.

Walking to school has been shown to improve children’s concentration, help them feel more alert and achieve better grades than those who are driven – many parents say they saw an improvement in their child’s happiness after the walk to school.

Living Streets will also launch its School Streets 'toolkit' to help parents who want to stop cars driving and parking dangerously around their child’s school and contributing to toxic levels of air pollution.

School Street schemes close the road to vehicles during peak school times with local authorities putting up signs, barriers or cameras to stop non-residents driving through the area.

Nicola Rogers, head of public protection at Rochdale Council, said: “As a council we are working with the whole of Greater Manchester to reduce pollution together as part of the Clean Air Plan. We are excited that for the first time we have schools taking part in Clean Air Week and we can’t wait to see the difference the 10 participating schools are able to make during next month’s campaign.

“However, parents can make an immediate positive impact on the environment surrounding their child’s school by walking to drop off their children as much as possible and, if it is necessary to drive to school, by not leaving their engines running while they are waiting outside.”

Jenni Wiggle, Senior Director of Living Streets, said: “This research shows that we’re all becoming more aware of the dangers of air pollution on our health. What’s concerning is that parents are put off doing the one thing which could drastically improve the air quality around their child’s school.

“Walking to school is a positive action parents can take to help clean up our air. We know this isn’t an easy option for all parents which is why we’re launching our School Streets toolkit to help make the walk to school an easier choice for everyone. 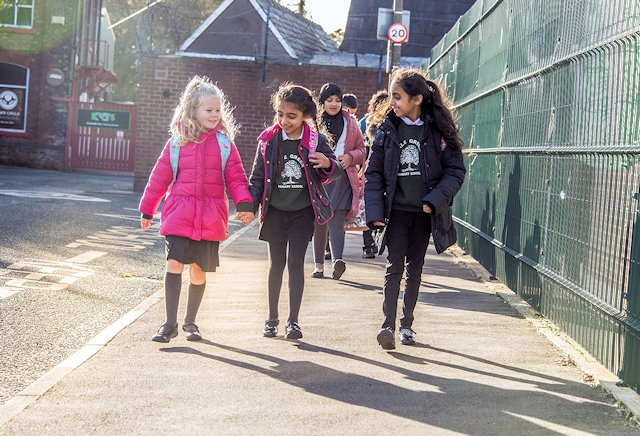 “Walk to School Week is a great way for families to give walking to school a go and see how it could fit into their day. We hope to encourage as many families as possible to swap four wheels for two feet during Walk to School Week and see what difference it makes to their health and happiness.”

Dr Penny Woods, Chief Executive of the British Lung Foundation, said: “Walking and cycling to school is a key part of cleaning up the air around our homes and schools. We know toxic air can stunt children’s lung development, it can cause asthma, and it can increase a child’s chance of developing lung disease in later life.

To find out more, visit www.livingstreets.org.uk/wtsw