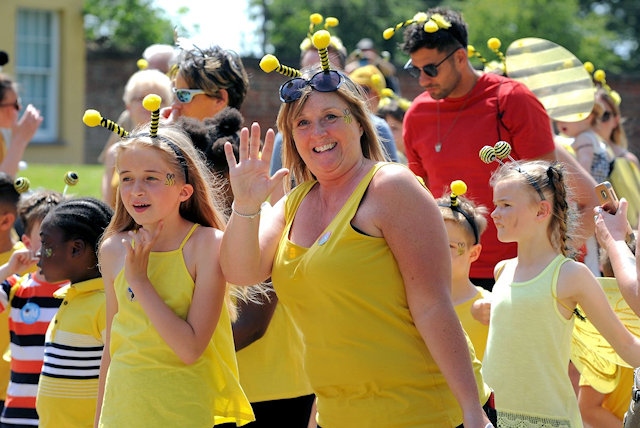 Manchester Festival of Nature had Heaton Park buzzing in the heat

The first Manchester Festival of Nature (MFoN) had Heaton Park buzzing in the heat of Saturday 29 June, as thousands of people paid a visit.

While an estimated 3,500 people took part in a multitude of wild activities, 500 of those visitors dressed up as bees in an attempt to beat a World Record. 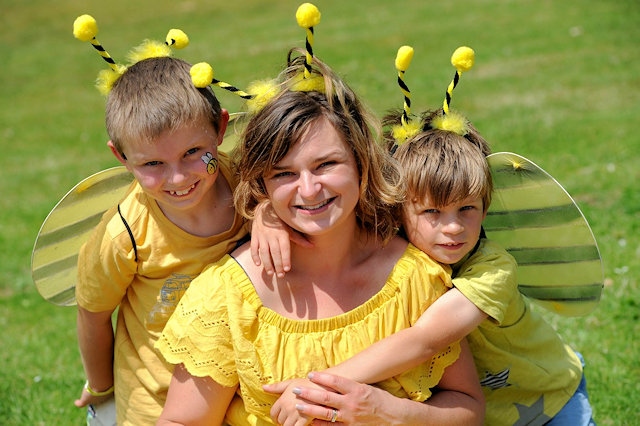 And conservation groups, two universities and Manchester Museum were able to get their message across that everyone can get involved in protecting Greater Manchester’s amazing wildlife.

Chairman of the MFoN committee, Alan Wright said: “We are over the moon with the way the event went and thousands of people turned up to celebrate the astonishing nature we have in and around Manchester.

“Heaton Park is a natural wonder in our wildlife-rich city and we are so grateful that they hosted what we hope is the first of many nature festivals.

“If the turnout is anything to go by, the public certainly support the work that all of our conservation organisations, universities and museums are doing. We estimated between 3,000-3,500 visitors to MFoN but it could be more as there was a constant stream of people coming in the two main gates.”

More than 120 officers and volunteers from the conservation sector, universities, Manchester Museum and Manchester City Council, made sure there were plenty of interesting activities in the main Market of Nature.

There were performances by author and musician Margit van der Zwan, environmental discussions involving young people and performances based on the children’s book, the Lost Words, in the woodland. Families got involved in balsam bashing, bird walks and forest school sessions. There was the Bogtastic van, from Moors for the Future and Bolton Mountain Rescue brought their Land Rover and chatted about their work.

Alan said: “One thing that struck me was just how keen parents were to bring their children along to the festival, which proves that we have lots of people already switched on to the message that young people need to be outdoors more. 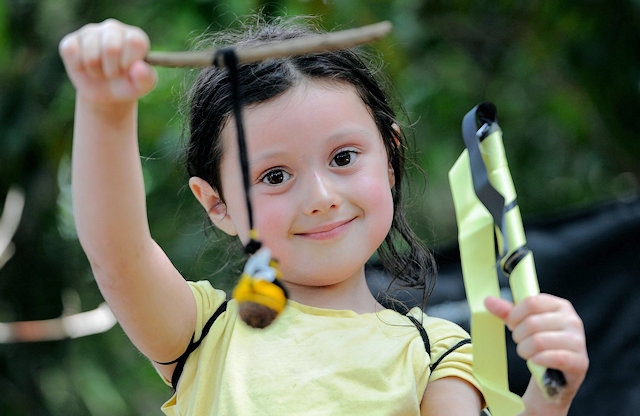 “Then we have the young people, who spoke and got involved in discussions about the environment which raised the spirits of everyone listening in. It was brilliant to see Bury Youth MP Emma Greenwood who is helping to give young people a voice. I honestly believe the world will be in much safer hands once we hand it over to these young environmentalists.” 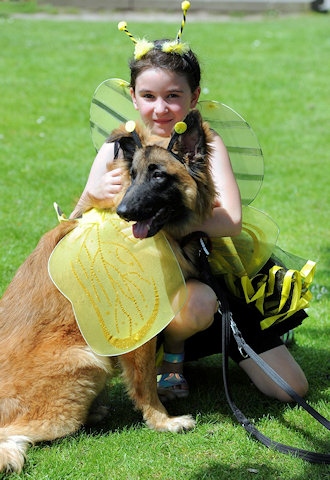 One of the main features of MFoN was an attempt to beat the world record of people dressing as a bee.

Alan said: “Our target was 2,700 but on a roasting hot day, I think the fact that we persuaded 500 people and two dogs to dress as bees was unbelievable. It also helps us draw attention to the plight of our threatened bees.” 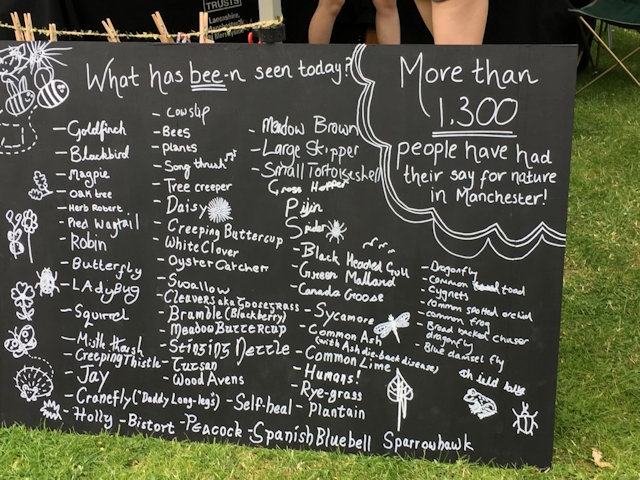 The first MFoN was a partnership between 23 groups including wildlife trusts for Cheshire, Lancashire, Manchester and North Merseyside, the RSPB, Friends of the Earth, Heaton Park Beekeepers, the National Trust, the Canal and River Trust, plus Manchester City Council, City of Trees, Manchester Metropolitan University, Manchester Museum, the University of Manchester and other organisations.

Alan said: “The aim of MFoN is to create a united approach to the conservation of nature in Manchester and the region and to engage people, young and old, in the fight to save our wildlife, but it was also a pleasure to see so many happy people enjoying a wonderful and sunny day.”