You are Here: Home » News » News Headlines » Inquest into the death of young father stabbed by repeat offender to resume 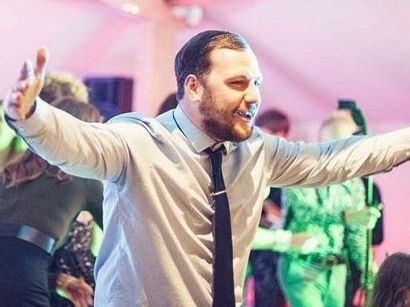 Michael Hoolickin, pictured at a wedding

The inquest into the death of Michael Hoolickin will resume on Monday 22 July at Heywood Coroner’s Court in front of HM Senior Coroner Joanne Kearsley, and is expected to last three weeks (22 July – 9 August 2019).

Michael Hoolickin, a young father aged 27, sadly died on 17 October 2016 having been stabbed outside a pub in Middleton, Manchester. He was trying to prevent an assault on a woman.

The inquest was adjourned in January of this year for further evidence to be obtained. Greater Manchester Police were also made an 'interested person' in Michael’s Inquest.

Although the criminal proceedings resulted in a conviction for murder, there are matters to be explored at the inquest in relation to the National Probation Service’s involvement in the supervision of the offender prior to the tragic incident that led to Michael’s death.

Evidence will be heard over from a number of probation witnesses and the inquest will consider the management of the offender whilst he was under the National Probation Service and whether he was supervised appropriately.

Michael’s parents, Garry and Lesley, said on behalf of the family: “It has been nearly three years since Michael died and we still have a number of questions surrounding his death. Nothing can bring Michael back, so all we can hope for now is a change in the supervision and management of offenders so that no other family has to go through this.

“It is important that any lessons that need to be learned are acted upon.”

The family is represented by Kelly Darlington, of Farleys Solicitors LLP, and Anna Morris, of Garden Court Chambers.