Probation failings "most likely" contributed to murder of Michael Hoolickin 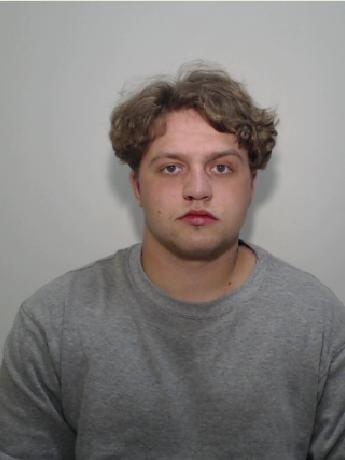 Missed opportunities to recall a high-risk offender to prison “most likely” contributed to the murder of Michael Hoolickin, a coroner has found.

Michael, a young father aged 27, sadly died on 17 October 2016 having been stabbed outside a pub in Middleton. He was trying to prevent an assault on a woman.

The inquest into Michael’s tragic death has revealed a number of missed opportunities by the National Probation Service to ensure that appropriate systems were in place, and steps were taken to ensure that this offender was being monitored properly and complying with his licence conditions to ensure the safety of the public.

Had these failings not occurred, Deakin would have ‘most likely’ been recalled to custody and not have been in the community and able to kill Michael.

During the inquest, it emerged that Deakin was on licence after serving a prison sentence for a serious and unprovoked violent offence. Upon release, he was categorised as presenting a high risk of serious harm to the public, specifically to adult males of a similar age. He was under the supervision of the National Probation Service who were working with Greater Manchester Police under the Integrated Offender Management scheme.

In the months leading up to Michael’s death, Deakin repeatedly breached his licence conditions but was not recalled.

Michael’s inquest heard evidence from key witnesses including the offender manager and police officers who revealed in the months prior to Michael’s murder, Deakin’s risk was escalating to the point where professionals believed the risk he posed to other individuals, including a risk to life, that could no longer be managed safely in the community.

Michael’s parents, Garry and Leslie Hoolickin, who were represented by Farleys Solicitors and Garden Court Chambers, said: “We are shocked at what Michael’s inquest has revealed. We are particularly concerned that this offender was allowed to repeatedly breach his licence conditions in light of the high risk to the public he posed.

“We are disgusted at what has gone on and we feel let down very badly. It was Michael’s 30th birthday last Tuesday and it was the hardest day for us as a family. If things had been done differently, Michael would have been celebrating with us.

“We do not want any other family to have to go through what we have been through and we are desperate for changes to be made to stop this from happening again.”

A spokesperson for Farleys added: “Important lessons must be learned from this death to ensure this does not continue to happen in the future to ensure the safety of the public.

“Michael’s family have been left utterly devastated by his murder and have to live with knowing that Michael’s death could have been prevented.”

Senior Investigating Officer, Bob Tonge said: “As they were since the night that Michael’s life was tragically taken away, our thoughts remain with his family who have conducted themselves which such dignity and strength throughout this whole process.

“We were present at court for the ruling, and will now take time to consider the comments of the Coroner.

“No amount of investigation will ever bring Michael back to his dear, loving family but I hope that now this process has come to a conclusion, they are able to continue with their lives, remembering Michael for the dedicated family man that he was and the memories he has given them.”