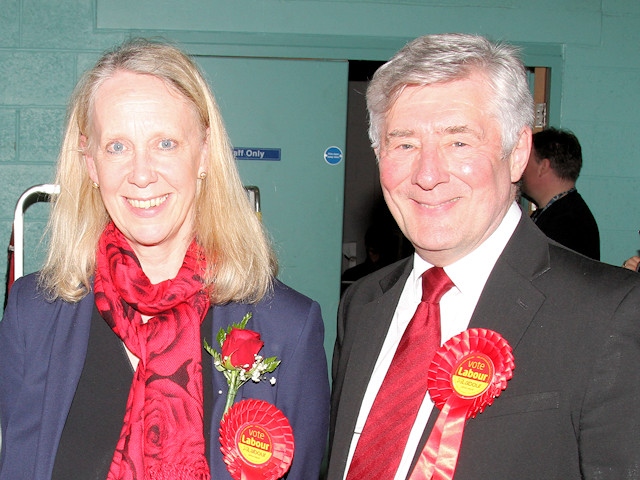 Local MPs Tony Lloyd and Liz McInnes have spoken out about the controversial decision to suspend Parliament from the middle of September.

The Queen has approved Prime Minister Boris Johnson’s request to suspend Parliament for more than a month during the critical run-up to the Brexit deadline of 31 October.

The Prime Minister says the decision has been made to allow him to set out his priorities for the next year, a controversial move which has been described as ‘undemocratic’ by opposing parties.

“The warnings are there in leaked Government documents which state that we face everything from food shortages, shortages of medicines, and queues of lorries at our vital national ports preventing the flow of goods. And of course, this would jeopardise towns like Rochdale’s export industry and jobs. Parliament has made it clear that there is no majority for that no-deal Brexit.

“On that back of that, it is astonishing that amongst Boris Johnson's first moves as Prime Minister has been to smash the constitutional settlement that has made our Parliamentary democracy the most admired around the world.

“Even the independent speaker, John Bercow, has described this as a constitutional outrage, and he’s right. Wherever you stand on Brexit, this is such a dangerous step and we could be regretting this for generations to come.

“Boris Johnson’s acts have already united MPs across opposition parties who came to Jeremy Corbyn’s meeting earlier this week. Members of Parliament, across all parties including the Conservatives, will do everything possible in parliament next week to frustrate this move.

“It’s now time for MPs of all parties to put country before party.”

Heywood and Middleton MP Liz McInnes said: “Boris Johnson has taken undemocratic and unprecedented action with his latest effort to force through a no-deal Brexit. Proroguing Parliament for the longest period since 1945 at such a critical moment in our country’s history is reckless and threatens the defining constitutional principle of parliamentary sovereignty.

“I stand with the Labour leadership and MPs of all political persuasions fighting this outrageous act.

“Nobody voted for a no-deal Brexit - the information sent out by the government at the time of the referendum stated quite clearly that in the event of a leave vote it would take up to ten years to negotiate a deal. The people of this country were assured by the likes of David Davies and Liam Fox that securing a deal would be the easiest thing ever.

“The Conservative government has failed the people of this country and Boris Johnson's latest act is most definitely not in the national interest. It is the self-interested act of a complete charlatan.

“Those who voted to "take back control" must now be asking themselves how this country will be governed given that the Prime Minister is attempting to close the doors on Parliament. This Prime Minister is treating our democracy and the people of the UK with complete contempt.

“And for those who imagine that we will crash out in a blaze of glory on 31 October, please bear in mind that we will be back round the negotiating table on 1 November, as the UK then begins the task of working out how our 600+ associations with the EU will continue to function, from our financial services to food and medicine supplies, to reciprocal health arrangements, to the Irish border.

“Prime Minister Johnson's reckless act will not lead us into a brave new world - instead he will take us on the road to nowhere. All decent and fair-minded UK citizens will oppose this appalling act of contempt.”