You are Here: Home » News » News Headlines » Tour of Britain welcomed by Norden

Tour of Britain welcomed by Norden 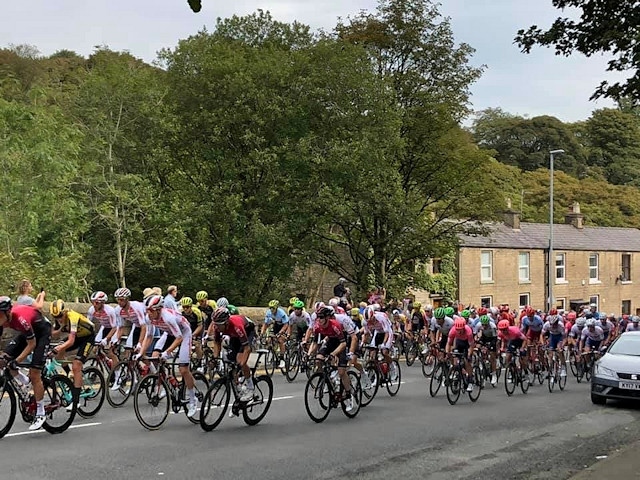 The peloton passes through Norden

Thousands of people took to the streets across Norden on Saturday (14 September) as the UK's most prestigious cycle race, The Tour of Britain, made its way along Edenfield Road, right through the centre of Norden village.

A special spectator zone hosting hundreds was set up at Jubilee Park by Rochdale Borough Council and Rochdale In Bloom with spectators excitedly waving their flags, as dancers from FabDance put on music and performances to entertain the crowds.

Rochdale Council also provided cycle-themed markers along the route put up by volunteers from Rochdale in Bloom. 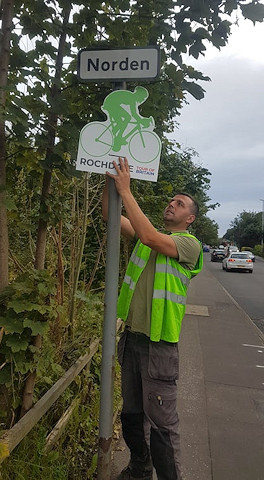 Months of preparation went into the event, which lasted just minutes as the professional racers charged through the village at top speed on their way to the uphill climb towards Edenfield.

First came the road closure team with police, sirens and flashing lights to clear the way. Next, the tour cars announced the leaders and, just moments later, the crowds got the first glimpse of the lead trio. Then, fast on their heels came the race pack amidst applause and cheers from excited onlookers. 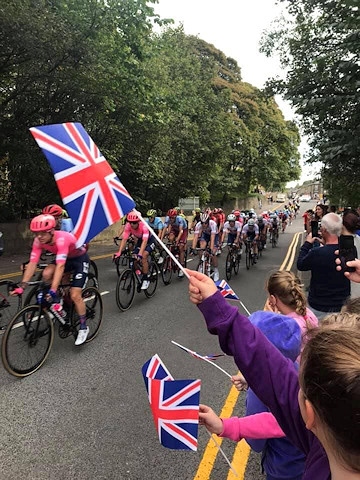 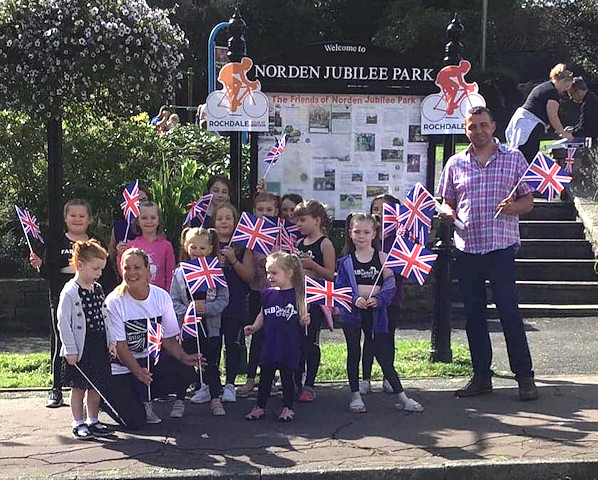 Many local retailers had gone all-out for the event, with flags and window displays all themed to celebrate the tour.

Local shops, cafés and pubs rolled out the red carpets putting out tables and chairs. Pub beer gardens were packed, with standing room only as everyone looked for the best seats to watch the race. An additional viewing area was set up outside men and ladies fashion retailer, Hope with seating and free drinks for customers.

Organiser, Paul Ellison, Rochdale In Bloom’s vice chairman, said: “The OVO Energy Tour of Britain has been a superb event for Rochdale, and especially Norden.

“Hundreds of members of the public saw the tour ride by from Jubilee Park, with plenty of cheering and flag waving. It was definitely a fantastic day enjoyed by all and an occasion for the whole village to remember.”

Ward councillor, Peter Winkler said: "This has been a great event and brilliant opportunity for the village. Norden has had its moment of fame on national television and we really can hold our heads high. Speaking to shopkeepers today they have had an exceptional day.

“Spectators too have told me how good the event has been and what a positive boost it has been for the village and community."

Beyond the centre of the village, people took up positions at every street corner lining the hills to Nutter's restaurant and Owd Betts, where the tour left the borough.

Some climbed walls to get the best vantage points whilst others crowded the streets with phones and cameras hoping to get a picture of the spectacle.

The OVO Energy Tour of Britain passes through Norden, plus a performance from FabDance