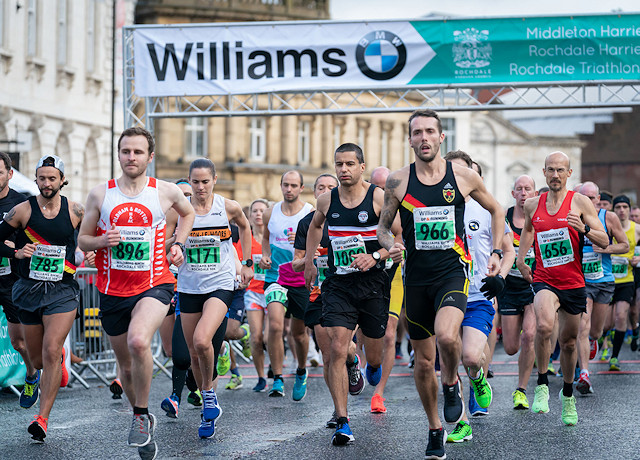 Hundreds of runners from across the UK descended on Rochdale on Sunday (6 October) for the annual Williams BMW Rochdale Half Marathon, 10K and Fun Run.

The event, now in its fifth year, saw 1,300 runners registered, who were encouraged by spectators lining the scenic, traffic-free routes covering both town and countryside.

The races began at Rochdale Town Hall, with early morning showers clearing away to bring dry and sunny conditions for the day.

All three runs ended with a final sprint back to the finish line at the town hall, where they were met by hundreds of cheering spectators and a lively atmosphere.

The half marathon was won by Neal Emmerson from Radcliffe Athletics Club in a time of 01:13:31. The first female was Sarah Thomas in 01:31:25.

The 10K was won by David Proctor from Rochdale Harriers in 34:32 minutes, while the first female 10K runner was Laura Hesketh from Clayton le Moors Harriers in 36:55.

Runners came from all over the UK to take part. In addition to hundreds of local residents there were entrants from London, Northampton, Plymouth, Staffordshire, Yorkshire, Cheshire, Fylde, Merseyside, Stoke, Glossop, Warrington and Rossendale.

The Esplanade was buzzing with spectators, music, fitness and health stalls and food and drink, with the start and finish line hosted by race day announcer Dave Sweetmore. Once again the section around Hollingworth Lake proved another popular spectator spot, with the added attraction of the Hand Made Samba band from Hebden Bridge entertaining runners and spectators with uplifting rhythms at the water station.

Title sponsor Williams BMW Rochdale had another eye-catching presence on town hall square and also hosted the presentation of prizes.

Councillor Janet Emsley, cabinet member for neighbourhoods, community and culture, who took part in the fun run, said: “We saw more entrants than ever, with numbers up 10% on 2018. Remarkably given the weekend’s forecast, the weather was kind, with very little rain and lots of sunshine. I know how much training and hard work has gone in for those running and it was great to see this event continue to attract runners from the north, across the UK and beyond. Each year this event grows and spectators provided much needed encouragement. I thank the public for their co-operation during the disruption caused by the road closures.

"The event was made possible by the support of many local people, businesses and groups. I would like to thank all our marshalls and the volunteers for looking after the water stations, Rochdale Triathlon Club, Littleborough Ladies Running Club, our council staff volunteers and Rochdale Youth Service.” 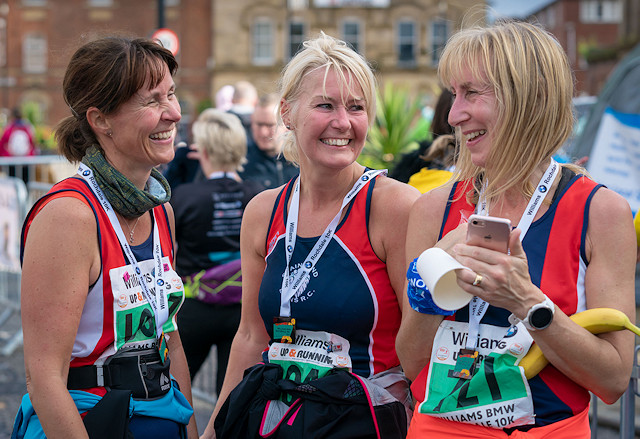 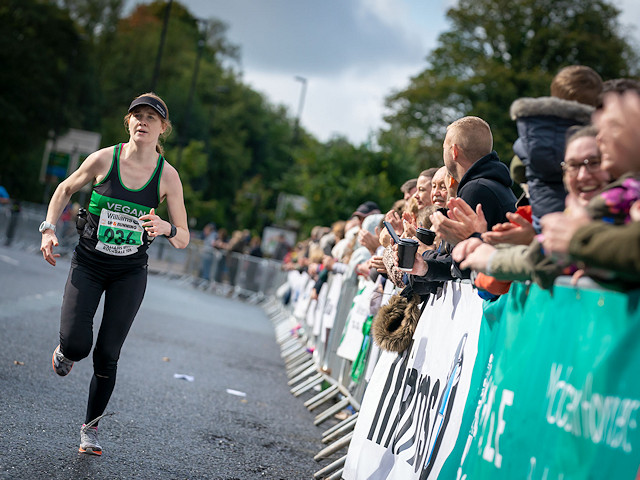 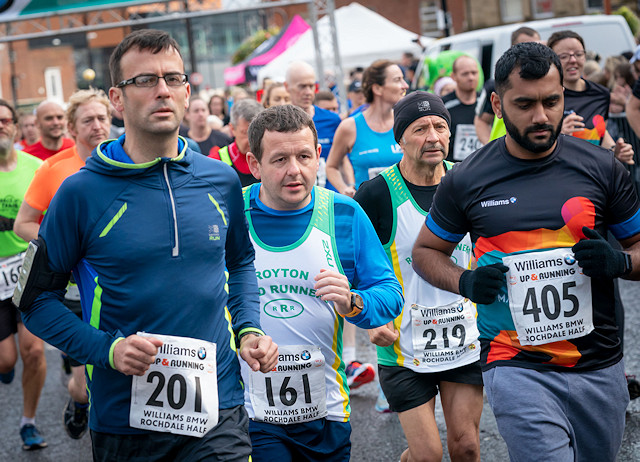