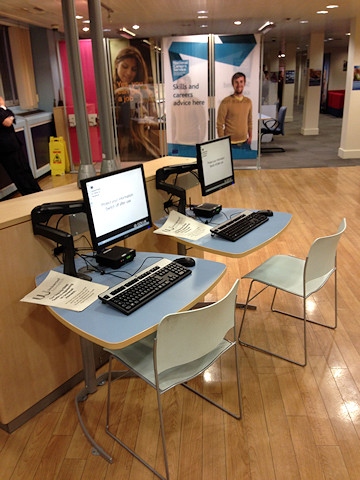 The latest data, published on Friday (18 October), reveals that 13,142 people locally are claiming the new benefit, an increase of 4% from the previous month.

Universal Credit replaces six previous benefits with a single monthly payment to provide support for people who are unemployed, in low-paid work or unable to work due to a disability or health condition.

Controversial from the start, the government admitted for the first time earlier this year that problems with the introduction of the Universal Credit system had driven people to food banks as people were left without money due to payment delays.

The roll-out has been plagued by delays to payments, which have left tens of thousands of vulnerable people in rental arrears and some even dependent on food banks.

A report from Crisis also claimed single people and small families receiving Universal Credit were at increasing risk of homelessness in parts of the north west, including Oldham and Rochdale, because of a persistent shortfall between the benefit and the true cost of renting, leaving them in rental arrears.

The release of the latest Universal Credit data comes in the same week that the UK employment rate was recorded at a near record high rate of 75.9%, whilst unemployment has fallen over the year to 3.9%.

As Universal Credit is available in all UK jobcentres the number of people claiming the benefit will continue to rise naturally. This does not necessarily mean an increase in unemployment for the area.

Minister for Welfare Delivery Will Quince said: “Universal Credit is a force for good, providing vital support across the length and breadth of the North West and helping people into work.

“Universal Credit provides a vital safety net to millions, preventing families from falling through the cracks. We continue to make improvements – in the last month alone we have increased childcare support, announced new funding to help veterans and their families, and brought in new measures to crack down on fraudsters.”

People can also speak to Citizens Advice, who offer a free ‘help to claim’ service for Universal Credit, funded by the department.