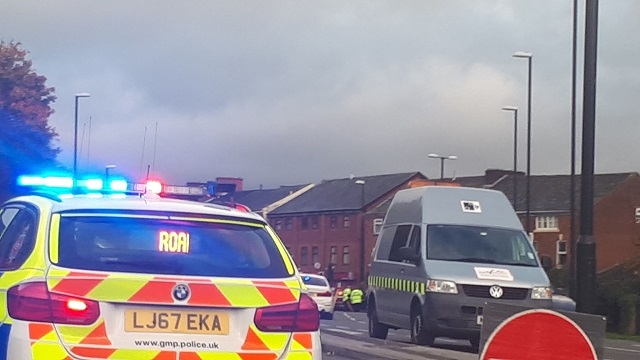 A woman has been taken to hospital with serious head injuries after a collision in Rochdale on Sunday (20 October).

The woman, a pedestrian, was involved in a collision with a car on Yorkshire Street at around 2.30pm.

She has been taken to the Manchester Royal Infirmary, where she is understood to be in intensive care.

The road was closed in both directions between St Mary’s Gate and Elliott Street for several hours whilst emergency services attended the scene.

Both land ambulance and the air ambulance were present, with the patient being transferred to hospital via land.

A spokesperson for the North West Ambulance Service said: “We were called to a collision between a pedestrian and a car. The pedestrian, a 20-year-old female, has been taken to Manchester Royal Infirmary with serious head injuries.”