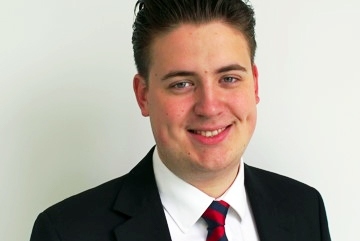 An unexpected hike to the rate at which councils can borrow money from the government could put future borough regeneration schemes in jeopardy.

The treasury has put up rates on borrowing from its Public Works Loan Board by a full percentage point to 2.8pc.

The move has been seen as an attempt to discourage risky investments, with some authorities having ‘substantially increased’ their use of loans from the government-run body over recent months.

However, it does not affect existing loans and Rochdale council officials intend to ‘push ahead’ with their ‘ambitious regeneration programme’ – including the second phase of the Riverside development and revamp of the town hall.

But they concede it could have an impact of the ‘financial viability’ of future developments which are in the pipeline but not yet funded.

Money borrowed through the PLWB is used by local authorities to regenerate buildings which – when occupied – generate rent and business rates that can be ploughed into council services.

Councillor John Blundell – cabinet member for regeneration, skills and business – says the decision to raise interest rates will further hamper the cash-strapped council as it faces another year of financial challenges.

“All this will do is hinder the council and put further restrictions on the council’s budget,” he said.

“Councils would not be borrowing for capital works if it was not for government austerity.”

At the end of the last financial year the value of the council’s property portfolio was £59.6m – generating income of £3.6m over those 12 months.

Alternative funding avenues could now be explored, given the surprise increase in borrowing through the PWLB.

They say the move ‘potentially presents additional funding pressures’, but believe other lenders may emerge, given that local authorities are highly unlikely to default on payments.

A spokesman said: “The one per cent increase in interest rates may affect the financial viability of future projects. However, we will continue to push ahead with our ambitious regeneration programme.

“We are working with our advisors to agree the way forward for future projects – PWLB is not the only source of funding, and therefore the council will look to secure borrowing at affordable rates from alternative lenders, if required.”

In a letter to its chief finance officer, the Treasury’s Local Government and Reform team said the government would monitor the impact of the change and keep rates policy under review.

It added: “As always, the government will continue to work with individual authorities on a case-by-case basis if they have concerns over their financial position.”