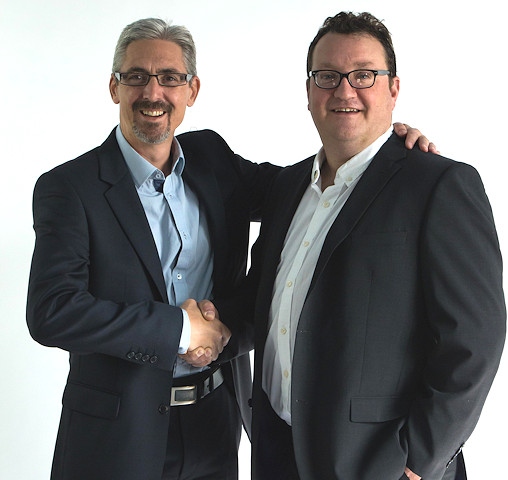 Councillors Andy Kelly and Anthony Smith have been announced as the Liberal Democrat Prospective Parliamentary Candidates for Rochdale and Heywood & Middleton, respectively.

Pupils together at Bishop Henshaw Upper School (now St Cuthbert’s) in Rochdale, the pair will contest the General Election on behalf of the Liberal Democrats on 12 December.

Andy Kelly is the leader of the Liberal Democrats on Rochdale Council and is ward councillor for Milnrow & Newhey and has been the Parliamentary candidate since 2015.

Anthony Smith is councillor for the Lindley ward in Kirklees Council and stood in the Heywood and Middleton by-election in 2014.

“We’ve been good friends since school the early 80s,” said Councillor Kelly. “We played in Rochdale Youth Band together, shared a house together for a while and brought up our families together until work commitments moved us apart. I rather the fancy the idea of travelling to Westminster together to represent the two constituencies in the borough!”

While Councillor Kelly was growing up in Spotland, Councillor Smith lived in Castleton with the pair joining the Liberal Democrat party over a decade ago.

He said: “I’m a Lib Dem because I want to see an open, fair and tolerant society that is part of the international stage. If elected I will do everything I can to stop Brexit and call for a people’s vote on the deal the government has negotiated.”

“The first thing I would do if elected,” agreed Cllr Kelly, “is open a constituency office in the centre of Rochdale that opens seven days a week and at times that suits both working and non-working people alike. People are fed up with unaccountable politicians who only show up at election time. We need to be able to trust politicians who are transparent, hardworking and honest and then focus on building a Britain that works for everyone."

Rochdale and Heywood & Middleton Liberal Democrats will be publishing their election manifestos shortly.