You are Here: Home » News » News Headlines » Jazz on a Sunday - The Dixie Beats

Jazz on a Sunday - The Dixie Beats 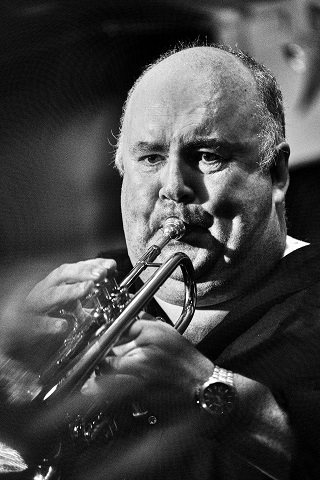 With two audience members having jetted in from Southern California and Rising Star of Jazz nominee Alex Clarke being ‘bussed up’ to Castleton from the Wild West Midlands, at not in-considerable expense presumably since she is now in a position to command top dollar, there was a distinct aura of the cosmopolitan surrounding Jazz on a Sunday (3 November).

Despite affecting to have had a sore throat, John was still able to take the microphone for Georgia On My Mind, Dinah, Has Anybody Seen My Girl? Bourbon Street Parade, Shine, What A Wonderful World, Doctor Jazz, his longtime party piece King of the Swingers and, most surprisingly, in the manner of legendary blues ‘shouter’ Big Joe Turner, Ain’t Misbehaving.

Richard had a couple of solo spots, with Tommy Dorsey's Getting Sentimental Over You and Edmundo Ross' Laughing Samba while for his part Scott brought us St. Louis Blues.

Appearances notwithstanding the evening was not about singing to the exclusion of everything else. We heard Alex on alto, on soprano and tenor saxes, on clarinet and on flute, while Richard's ‘rendition’ of Marching Through Georgia (on an apparatus of the kind that one might use to un-block a kitchen sink – or possibly worse) also sticks in the mind. Hopefully this will fade.

Betwixt and between came perennial favourites That's A Plenty, Washington-Lee Swing, While We Danced At The Mardi Gras, Back Home Again In Indiana, St. Thomas, Someday You'll Be Sorry, Christopher Columbus and Running Wild before the band sent everyone off into the night to the strains of Swing Low Sweet Chariot (morphing into The Saints).