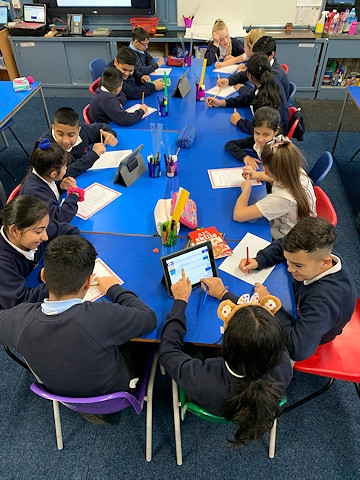 The children writing their letters to Rochdale's fallen soldiers

Children in Year Six at Lowerplace Primary School have commemorated Remembrance Day by writing letters to some of Rochdale’s fallen soldiers.

After researching a number of local soldiers who died during World War One and World War Two, the children then chose a soldier to research to find out more information about them, such as where they lived, family members, and what regiment they were in.

Quotes from the children's letters include: 'your mum must have been very proud of you','you gave up your life to give us freedom', 'what a heroic person you are', 'you are our hero', 'we are really sad that you have gone', 'rest in peace'. 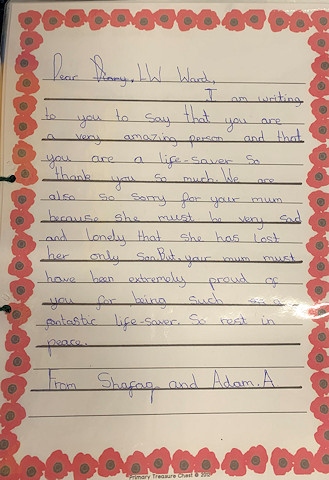 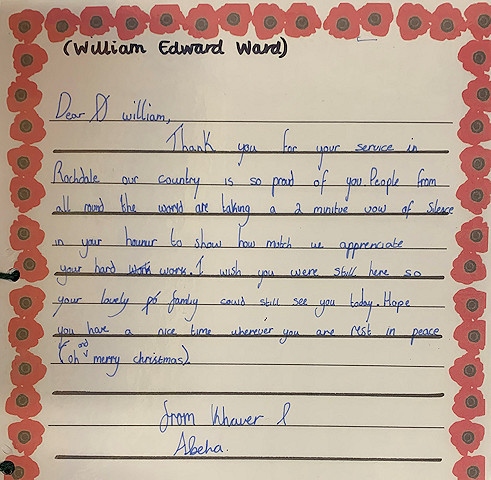 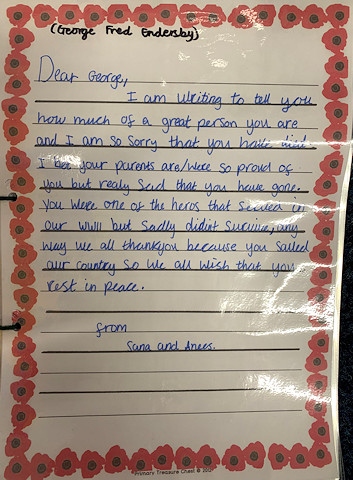 Teacher Charlotte O’Neill said: “The children showed real empathy and emotion in their letters and showed gratitude for those who lost their lives for us. The children felt much more empathy about the loss of these soldiers as they weren’t just remembering people who, to them, they know nothing about.

“They came to realise that these soldiers, who we remember, were people who lived in Rochdale and on similar streets to them.

“They also understood the impact their deaths must have had on their families as one of the soldiers who we looked at, his brother also died in combat, so the mother lost two sons.

“It made remembering those fallen soldiers real and not just something they felt they should do; they want to keep their memories alive.”

Their letters are going to be placed on the cenotaph in Rochdale for others to read.