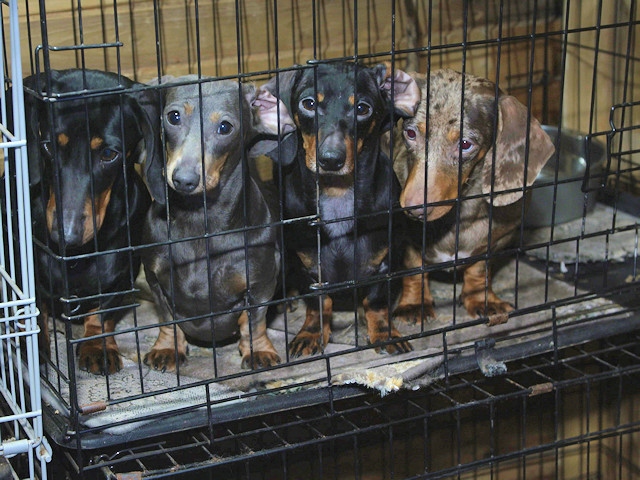 Some of the dogs found

An investigation into suspected illegal dog breeding has seen 101 dogs removed from houses in Greater Manchester.

The 101 dachshunds were removed from households suspected of selling dogs without a licence.

Warrants were executed at nine properties - seven in Rochdale, one in Oldham and one in Salford. All properties contained dogs and every dog was taken into care by the RSPCA.

Mark Widdup, director of neighbourhoods at Rochdale Council, said: “It is really pleasing that we have been able to execute the warrants successfully and place the dogs into care. Thanks to all of our partners who made the operation run smoothly.”

An investigation into illegal dog breeding began two months ago as a result of residents’ complaints and reports of dogs being sold by suspected breeders.

The dogs are not currently available for adoption as they still form part of an investigation. They are all being looked after in approved kennels and are going through health checks.

The individuals involved are currently under investigation. If you have bought a dachshund within the borough of Rochdale in the last 12 months please contact Rochdale Council’s environmental health team on 0300 303 8871.