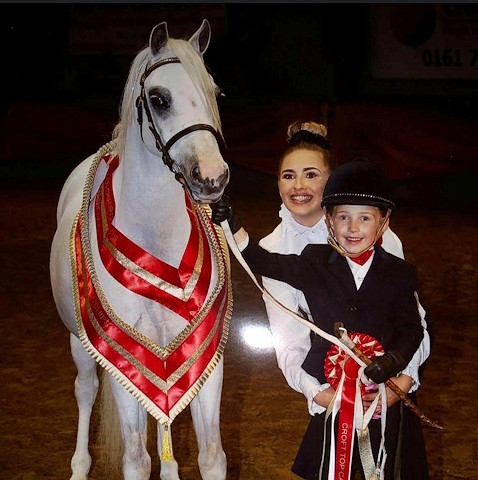 A young girl from Rochdale recently competed in the North West Championship for in-hand pony showing, managing to capture not only the hearts of judges, but also many prizes for all of her hard work.

Six-year-old Honey O’Hara has been following her mother Chloe’s footsteps, sharing a mutual love of horses, which led her to picking up two fourth places, as well as becoming the champion of her class of 25, leading one of her mum’s horses.

Just two weeks before the North West Championship, Honey decided she wanted to participate in something completely new.

Her mum said: “She had never practised in-hand before, but she gave it her all, and practised every day. She perfected it in two weeks.

“I just couldn’t control my emotions when she’d won and broke down crying. The atmosphere was electric, truly wild, with everybody screaming.” 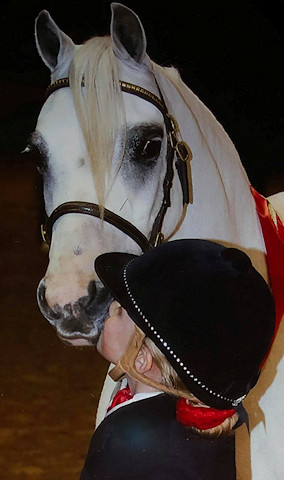 Despite her young age, Honey’s early years have been complicated due to her experiencing hypoglycaemia, a condition caused by a very low level of blood sugar.

Honey has great dedication to her horses and doesn’t let anything get in her way.

Chloe said: "Honey takes care of her horses every day unless she is in hospital, always doing her homework in the car, and reading in the morning, just to make sure she has as much time as she can with her horses.”

She emphasised that her daughter’s condition does not restrict her from anything.

She continued: “Honey suffers from hypoglycaemia, and has a bolt fixed up her skull, as well as often having to be put on a drip.

“She is always so adamant and determined to always give her best, regardless of any complications or challenges she may face.

“She competed as the highest qualifier of a Horse of the Year Show just three days after leaving the hospital last summer.”

Honey has many great aspirations for the future, and hopes to further pursue her passion for horses, particularly competing in the Royal Welsh Championship, with her family owning and breeding 23 Welsh ponies, three of them being Honey’s.