You are Here: Home » News » News Headlines » Serial rapist found guilty of 37 offences relating to 11 victims aged between 11 and 71 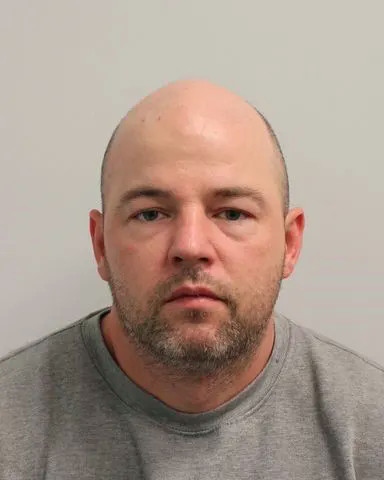 A man who kidnapped seven people and carried out multiple rapes and sexual assaults over a two-week period – including in Heywood – has been found guilty following a trial at the Old Bailey and sentenced today (Monday 9 December) to 33 life sentences with a minimum term of 30 years.

Joseph McCann, 34, from Aylesbury, was convicted of 37 offences relating to 11 victims, aged between 11 and 71.

McCann refused to appear at court for the duration of the month-long trial and the jury unanimously found him guilty of all counts.

The 34-year-old was arrested by officers in the early hours of 6 May after committing a string of offences across Hertfordshire, London, Lancashire, Manchester and Cheshire.

Once in custody, detectives from the Met’s Specialist Crime team worked tirelessly with colleagues from four other police forces to bring the case to court.

Detective Chief Inspector Katherine Goodwin, who led the investigation, said: “McCann is a depraved and extremely dangerous individual who subjected 11 innocent people to horrific sexual and physical assaults – the memory of which they will have to live with for the rest of their lives.

“One of the victims described looking into McCann’s eyes as he attacked her and seeing pure evil; anyone who sat through the trial and listened to the evidence can have no doubt she was right.

“This case is one of the most shocking I have ever worked on and is made all the worse by the fact McCann forced all of his victims to re-live their ordeal in court by failing to admit his guilt, despite the overwhelming evidence against him.

“His cowardice in refusing to come to court is in stark contrast to the bravery of those he kidnapped and assaulted and we must never forget their vital role in bringing him to justice.

“We know their lives can never be the same but we hope that today’s verdict and the custodial sentence McCann will receive can provide them with some form of closure. It also demonstrates the clear commitment of officers up and down the country to secure justice for all victims of sexual offences.

“Despite the harrowing nature of these events, during the trial we heard of many real acts of bravery and kindness from the public who assisted the victims of Joseph McCann and I would like to extend my thanks to them not only in helping those affected but in giving evidence to help securing this conviction.

“Tributes must also be paid to the many officers involved in this complex and challenging investigation, not only here in London but those in Greater Manchester, Cheshire, Lancashire and Hertfordshire.

“Since McCann committed the first of his crimes, these officers have dedicated thousands of hours to tracking him down, compiling the evidence against him and supporting the victims through what has been the most traumatic time of their lives.”

McCann’s offending began in the early hours of 21 April when he kidnapped a 21-year-old woman at knifepoint as she walked home alone in Watford.

During the ordeal the suspect gave his name as Joel McCann but within hours, enquiries by Hertfordshire Constabulary established his true identity as Joseph McCann.

His details, including the Ford Mondeo car he had used to kidnap her, were shared on the Police National Computer the same day.

Despite ongoing efforts to locate him, McCann remained at large and on 25 April, he kidnapped a 25-year-old woman seconds from her front door in Walthamstow and a 21-year-old who was walking home with her sister in Edgware later the same day.

Both were subject to repeated rapes and sexual assaults and forced to engage in sexual activity with each other.

Their ordeal ended in Watford when one of the women managed to hit McCann over the head with a bottle of vodka he had ordered them to buy, giving them the opportunity to attempt to run away. Despite McCann’s efforts to force them back into the car, builders working nearby came to their aid and he drove at speed away from the scene.

Officers from the Met immediately launched an investigation to identify the suspect, carrying out house-to-house enquiries, issuing a number of public appeals and analysing hundreds of hours of CCTV.

As part of this work, on 28 April, footage was seized from a hotel in Watford where McCann had attempted to check in with the victims just minutes before they escaped.

The same evening, these images were released to the public as part of a media appeal and within hours, he was identified as Joseph McCann. At this stage, Met officers investigating the London offences identified from PNC that he was also the main suspect for the rape in Hertfordshire just days before.

With his identification now known, the work to trace McCann continued at pace, including a number of arrest warrants being executed and extensive phone work being carried out.

A dedicated manhunt team was put in place and further information shared nationally after enquiries revealed his potential historical links with a number of areas throughout the country.

On 5 May, police in Lancashire received a 999 call at around 10.30am to say a woman had been detained in her own home and her two children – aged 11 and 17 – raped and sexually assaulted. After liaising with officers in London, McCann was soon identified as the prime suspect and the focus of the search moved north-west.

McCann quickly moved away from Lancashire and travelled via public transport to a supermarket in Ramsbottom, where he approached a 71-year-old woman as she got into her car at around 1.25pm.

He forced her to drive away, punching her in the face when she told him to get out of the vehicle, and took her to an industrial estate where he raped her. He later kidnapped a 13-year-old girl from a street in Heywood and sexually assaulted her while the previous victim was still in the car.

Both victims managed to escape at around 5.55pm while at a service station in Knutsford and called police.

Just over half an hour later, McCann had arrived – in the same car – in Congleton, Cheshire, where he kidnapped two 14-year-old girls who were walking down the road with a friend.

Within 20 minutes, an officer from Cheshire on patrol in a marked police car spotted McCann’s car at a roundabout and a pursuit ensued.

Following a collision with another vehicle, McCann fled the scene on foot and managed to escape from officers. The two girls were left shaken but uninjured.

Road blocks were quickly set up on all roads in and out of Congleton and at 8.38pm, an officer manning a roadblock stopped a taxi and saw a man matching McCann’s description in the back seat.

He tried to grab him but again, McCann ran from the scene. Despite sprinting through fields to try and lose police, a police helicopter located him just over an hour later, hiding up a tree.

Following a five-hour stand-off with police negotiators, he eventually came down and was arrested by Cheshire officers at 2.36am on 6 May.

DCI Goodwin added: “From the moment of his first offence, McCann did everything he could not to be caught and had changed his appearance, given false names and used different cars in order to evade the law.

“Added to that, he had been assisted by a number of people who knew where he was – and that police were looking for him – who decided to help him remain at large and free to attack again.

“Despite these extensive efforts, the work of our dedicated officers and their unwavering commitment to getting justice for each and every victim in this case means he will never again be able to inflict this kind of pain and distress.”

CPS prosecutor Tetteh Turkson said: “Joseph McCann behaved with shocking depravity. He preyed on women and young children with regard only for himself. His victims endured horrifying acts of sexual violence and were subjected to a truly terrifying ordeal.

“It was through persistence and bravery that some of them managed to escape. They showed great strength of character in recounting their stories to police and giving evidence to the court; reliving some of what must have been the darkest moments of their lives. It is with the power of this evidence, and the courage of the victims in giving evidence, that Joseph McCann has been convicted of his crimes.

“The prosecution case against McCann also included hundreds of witness statements, CCTV footage showing McCann’s movements and forensic evidence collated from different police forces across the country, working together to get justice.

“I hope today’s verdicts provide some comfort to the victims and allows them to focus on moving on and rebuilding their lives.”

Following McCann’s conviction, an NSPCC spokesperson said: “McCann is an exceptionally dangerous individual whose evil abuse and depraved attacks have inflicted unimaginable pain and suffering on a number of women and children.

“Sexual abuse can have devastating long-lasting effects and we hope all of McCann’s victims receive the support they need to help them recover from these horrific experiences.”

Anyone who believes that they are victim of a sexual offence should report it to the police. The information you provide will be treated in strictest confidence and you will be supported by specialist officers.