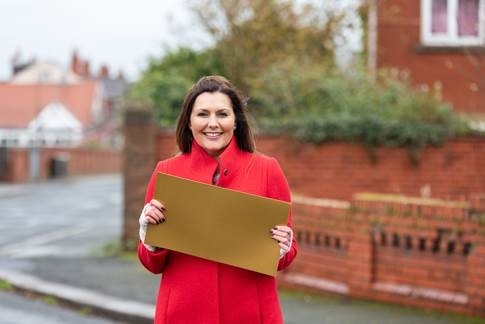 Six people in Rochdale are celebrating after scooping a £1,000 cash prize each thanks to their lucky postcode.

The Rhodes Street neighbours netted the windfall when OL12 9RP was announced as a Daily Prize winner with People’s Postcode Lottery on Tuesday 10 December 2019.

She said: “What a great surprise with Christmas just around the corner! I hope our winners go out and treat themselves to something nice.”

A minimum of 32% of ticket sales goes directly to charities and players of People’s Postcode Lottery have raised over £500 million to date for thousands of good causes in Britain and beyond.

This draw was promoted by PDSA which has received over £8.5 million in funding from the players of People’s Postcode Lottery. It offers free services and treatments to the sick and injured pets of people in need. It has offered care to over 20 million pets and provides friendly support for pet owners across the UK.

Many good causes close to the winners have also benefitted from players support, and the next opportunity local charities will have to apply for funding will be early next year.