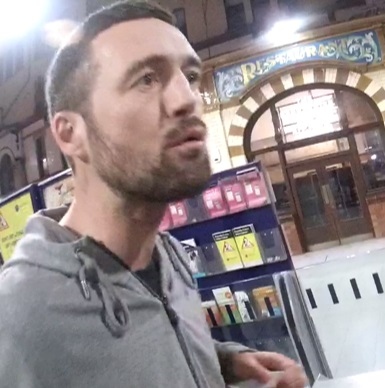 Do you recognise this man? British Transport Police Officers would like to identify him after two members of rail staff were racially abused in Manchester Victoria station

Do you recognise this man?

Officers would like to identify him after two members of rail staff were racially abused in Manchester Victoria station.

On 4 November shortly before 11pm, a man was trying to purchase a ticket at the barrier line of the station.

He was heavily intoxicated and became racially abusive to a member of rail staff, using racial slurs multiple times.

Travel Safe officers began to escort the man out of the station, and he then became racially abusive to them too.

He threatened to 'knock one of them out' and told him to go back to his own country.

Officers believe the man in the image may have information which could assist their investigation.

Alternatively you can call Crimestoppers anonymously on 0800 555 111.