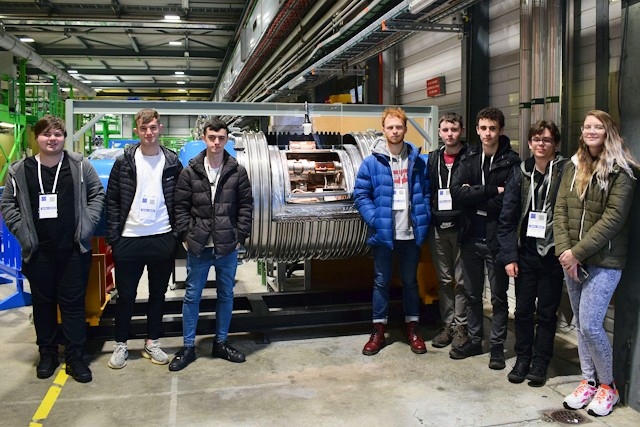 The group were given a guided tour of CERN, the laboratory, which was established in 1954, and has become a prime example of international collaboration. Their mission is to provide a unique range of particle accelerator facilities that enable research at the forefront of human knowledge, perform world-class research in fundamental physics and unite people from all over the world to push the frontiers of science and technology, for the benefit of all. The tour included visits to the control room and the magnet testing facility followed by a talk on particle physics and the standard model.

Students also visited the United Nations Office in Geneva and were given the chance to see conference rooms, disarmament chambers and lots of beautiful artwork. The UN is based at the historic Palais des Nations, which was originally built for the League of Nations in the 1930s.

Year 13 student, Peter Ransome said: “I would highly recommend the trip for students in the future. CERN was really informative and helped with our particle physics knowledge. I really enjoyed the tour of the UN, it was a lot fancier than I imagined.”

Between educational tours, there was a boat trip to Lake Geneva and an opportunity for students to take in the culture and cuisine as they enjoyed some free time to explore the city.

Jen Wilson, subject leader of physics at Rochdale Sixth Form College said: “Our students were a credit to the college and made the trip so much fun. Everyone had a great time and we will definitely be running the trip again as the educational benefit to the students is immeasurable.”