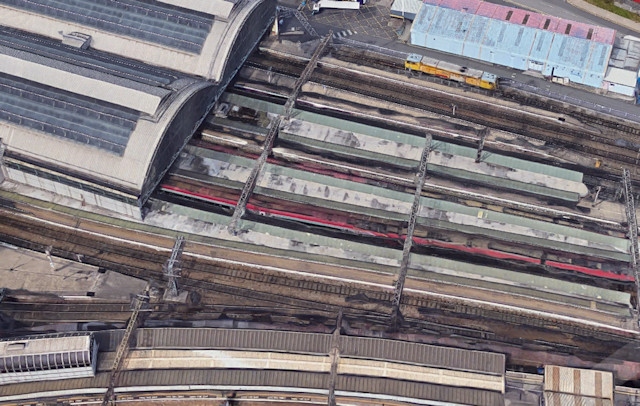 The controversial high-speed rail network HS2 will go ahead, the Prime Minister confirmed on Tuesday (11 February).

High Speed 2 (HS2) is the proposed new high-speed railway directly connecting Leeds, Manchester, Birmingham and London, funded by UK taxpayers. HS2 is being designed to operate initially at 360 kilometres per hour, faster than any other train in the world.

In a statement to Parliament, Mr Johnson set out that, after careful consideration of the independent Oakervee review, the decision has been taken to proceed with HS2.

The review looked at whether and how HS2 should proceed, using all existing evidence on the project to consider: its benefits and impacts, affordability and efficiency, deliverability and scope, and its phasing, including its relationship with Northern Powerhouse Rail.

After thorough analysis of the benefits and impacts of the project, work on Phase 1 (the route between London and Birmingham) is set to start in April. The government will revive the legislation to deliver Phase 2a (connecting Birmingham to Crewe) as soon as possible so that preparation works can move forward.

Prime Minister Boris Johnson said: “Dramatic improvements to local transport and the decision to proceed with HS2 will shift this country’s centre of gravity away from the capital and transform connectivity between our towns and cities.

“I am drawing a clear line under the mismanagement of the past – HS2 must be delivered more efficiently and cost-effectively so that communities feel its benefits more quickly, particularly those in the North.”

Douglas Oakervee, chair of the independently-led review into HS2, said: “I am proud of the work that the Review Panel has carried out. The Review’s Report is a comprehensive appraisal of a challenging project. I believe the recommendations help offer it a way forward, a means of increasing scrutiny and oversight, protecting the interests of passengers and taxpayers, and rebuilding confidence in an important piece of critical national infrastructure which will do much to rebalance the economy.

“I am delighted that a decision on the project has been made, and it is now the job of the government to take this ambitious project forward.”

Responding to the announcement, Barry White, Chief Executive of Transport for the North, said: “The green light to get on and build HS2 is the right decision for the UK. It is an ambitious and significant step forward in releasing the Northern economy from the straightjacket of poor infrastructure that has held it back for so long.

“Benefits to the North’s communities need to be delivered as quickly as possible and we’re determined to push ahead and get spades in the ground here. A pause to review how both HS2 and NPR work as a fully integrated railway for the North is understandable on projects of this scale. We need an integrated plan and committed investment pipeline for the North that delivers in years, not decades.

“We welcome the Prime Minister’s commitment to quick progress and we’ll work with Government to drive this forward.”

However, Penny Gaines, chair of the Stop HS2 campaign, has said the project should have been cancelled.

She said: “The Oakervee review said that the speed of the trains was wrong, the number of trains an hour was wrong even the underlying model of the network was wrong. The Infrastructure and Projects Authority have said it is unachievable, and the only certain thing about the proposed £106 billion budget is that HS2 won't keep to it.

“If it was any one of those factors, then it might be reasonable to rethink HS2 but with all of them combined, the only sensible option was to cancel HS2.”

North West Regional Chair of the Federation of Small Businesses, Chris Manka said that the decision is “welcome – but the North needs more than just leftovers”.

He said: “It is welcome that at long last a decision has been made to proceed with HS2, although we naturally have some concerns about the proposed future review for onward connections to Manchester and elsewhere.

“What we don’t want to see is the wider Northern area merely getting the leftover crumbs from the plate, and ultimately a second-class system compared to the south. We are desperately in need of a ‘levelled up’ railway system, with much greater capacity, and vastly improved connectivity east/west, that will help deliver more sustainable travel for all.

“Government and local stakeholders must now ensure that whatever HS2 ultimately looks like here, that we also get a future proof system able to meet the needs of users whichever direction they are travelling.”