You are Here: Home » News » News Headlines » Review: The Secret Lives of Henry and Alice

Review: The Secret Lives of Henry and Alice 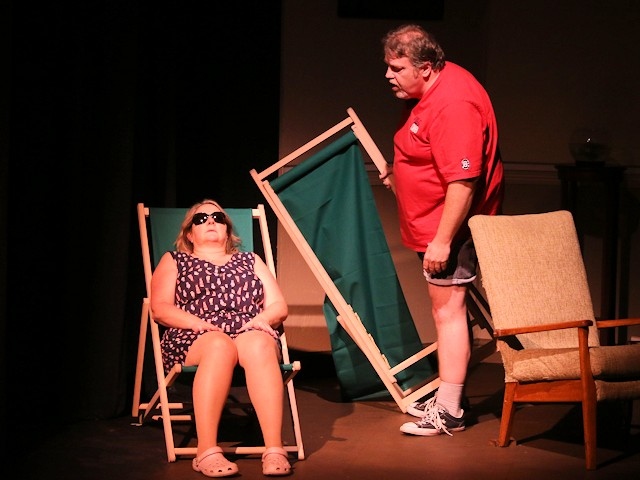 The Secret Life of Henry and Alice

Quarry Bank-born playwright David Tristram is fast becoming one of the most popular and performed playwrights in Britain.

He began writing comedies because, he claims, he cannot take himself too seriously.

His play, The Secret Lives of Henry and Alice, is on at the Curtain Theatre on Milkstone Road until Friday 21 February.

Enter Michel, a French waiter, tall, dark and available. Exactly what happened next, no-one's quite sure. Except that it involved a rotting melon, a deckchair and a bottle of neck-rub.

Fantasy blurs into reality, secret passions explode, and two worlds which seem a million miles apart are suddenly on a collision course. It could only happen to Henry and Alice, and only their pet goldfish, Orca, and you will ever know the true story.

If you can remember the postcards to be found at Blackpool and other seaside places with a large lady and a small man you will have a feel for the play, and when I saw the production on 11 February, the Rochdale audience had a whale of a time.

With typical Rochdale weather; rain, hail and a touch of mist in prospect the audience turned out en masse. They clearly knew that the two actors involved, Damien Kavanagh and Ros Hendren were up to the task. With Damien’s experience in the heritage industry it was easy to see how he could be all things to all women and Ros was fully up to the task of showing that behind the housewife façade there was a living breathing supermodel. Once she had got over the dusting, teamaking, worktop scrubbing she was a match for anyone. Especially her husband.

With some choice lines (I will look at factor 15 sun cream with a new respect in future) this is a play to get rid of the bad-weather-blues and director John Rhodes is to be congratulated.

As always the front of house team were superb and you get a chance to win the raffle when you buy your cup of tea (or something a little stronger) at half time. Not to be missed.